Red Faction is a first person shooter adventure released in 2001 for the PlayStation 2, Windows and Mac that takes you to the red giant of Mars as you fight within the revolution against the oppressive Ultor Corporation in the 21st century. Building onto a core FPS experience with an out of this world location, story high adventure and a range of physics enhancements the original Red Faction was a large leap forward for the genre upon it’s release date. 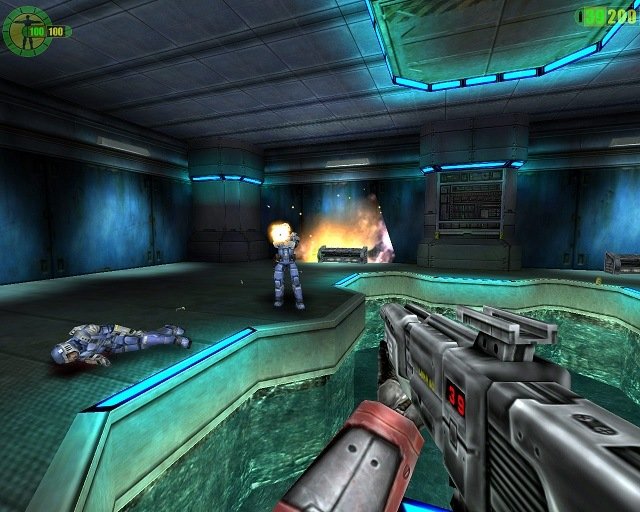 The story of Red Faction revolves around Parker a miner working for Ultor on Mars who is subject to worsening living conditions and general unsafe work practices. Like many who are fed up with this treatment players take arms against the oppressive Ultor forces by joining the Red Faction freedom fighting group as they attempt to claim the red planet. Set across the Mars mining complex players take direct control of Parker as he becomes one of the most influential fighters of Red Faction and plays a key role in unravelling some of the mysteries underneath the revolution.

Behind this great plot driven experience is a destructible environment that lets players destroy things around them with weapons and explosives. While not as impressive as the fully destructible environments of modern day titles and in particular the subsequent Red Faction: Guerrilla the original laid the foundations for these future endeavours. Given the mostly linear story this destruction is most evident throughout the story with players able to destroy walls and tunnels through with their explosive packs or heavy weapons like missiles at certain points in the game. Supporting these destructible orientated sequences players also expect some vehicle and stealth elements to provide mission variety. 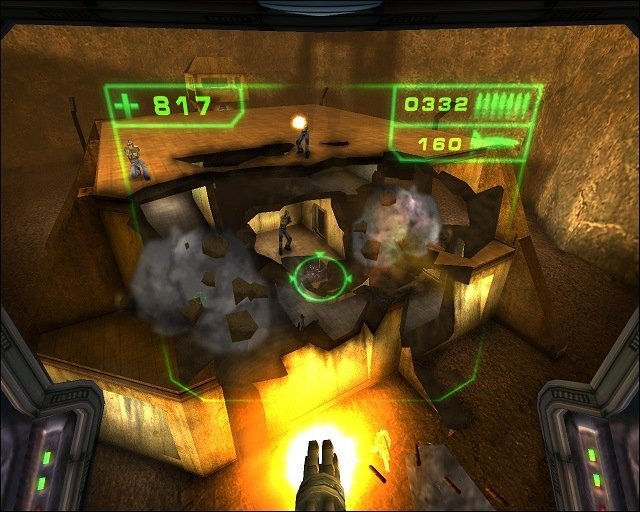 Beyond these features Red Faction is your standard first person shooter with players collecting various weapons and using them on security forces to advance the story forward which is primarily through growing the influence and power of the Red Faction rebellion. As noted above it’s a linear campaign but still includes some side paths that can reveal some interesting locations and provide much needed ammo loot for your powerful weapons such as the shotgun, rifle or missile launcher that all feel impactful with each shot.

Red Faction also includes a touch of humour to the core experience and is sprinkled in through dialogue and general game mechanics such as the ability to attach your mining explosive packs to enemies if you can sneak up on them. 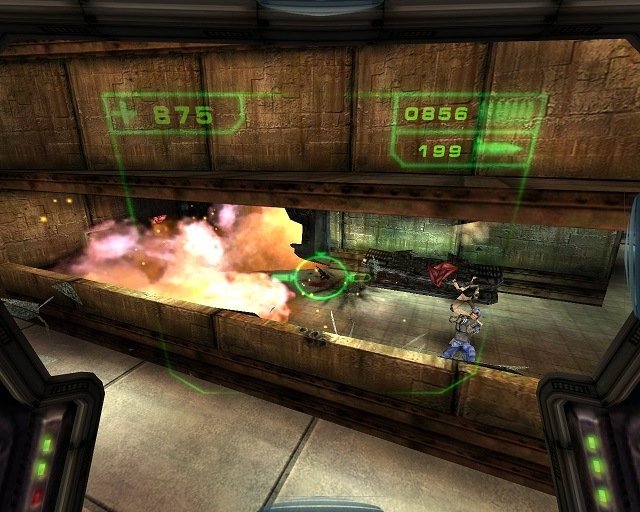 Red Faction is definitely one of the classic shooters of it’s time and was so far ahead of other games with a similar release date. While the graphics haven’t aged well the story and overall gameplay still promises a great first person shooter experience.

Games Finder is a Steam Curator and featured in the aggregate review scores data of MobyGames and Neoseeker.
FEATURED ON
Games Like Half Life, Games Like IGI
LEAVE A REPLY Cancel Reply