Explore the far corners of a procedurally generated world of treasures in Renowned Explorers: International Society a game where you create a crew of 3 experts from a large available pool to hunt down the treasures of the world and overcome whatever challenges stand in your way. With rougelike mechanics at the core of your journey this is not a title that players will be beating on their first playthroughs as you’ll need a vast amount of game knowledge combined with risk taking and a touch of luck to become the ultimate explorer. 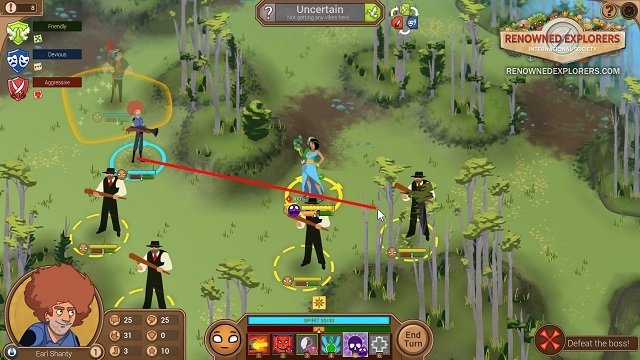 Renowned Explorers: International Society offers two different game modes for players with a discovery mode designed to help you ease into the game and generally allows for further progression although doesn’t earn you game achievements. On the other hand players have adventure mode where your adventure will end should your party succumb to death and generally the one players wanting to challenge themselves will progress towards. Mechanically though the game modes are generally comparable to each other and your experience in one will carry over to the other.

Regardless of mode each game in Renowned Explorers: International Society begins with players crafting their team of three explorers which requires a captain and two assistants on your team. Each bring their own unique attributes and broadly fall into a Scientists, Scout, Fighter and Speaker categories that help players to understand their intended usage. 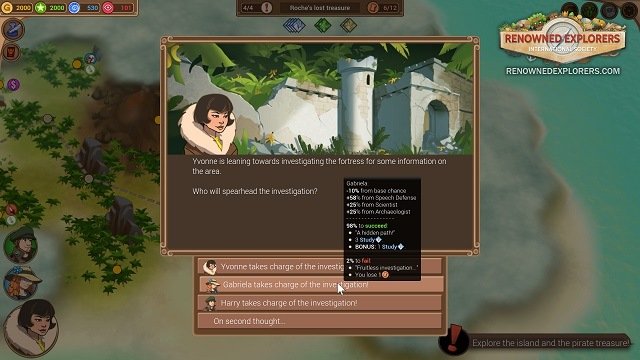 Designing a team around a particular game style and synergies with each other characters is key to successful completion of your ultimate goal, to become the most famed explorers and a making a mismatched team work can be a significant hurdle. Renowned Explorers: International Society includes a number of recommended teams for players to start with additional characters unlocking as you complete your first few adventures to reach a total of 24 possible explorers (6 for each class type).

With your team established players set out on a randomised adventure on the globe to uncover hidden treasures across 5 increasing difficulty levels. This leads players to exploring the Viking Landings, a Hungarian Fort, Egypt, an unknown emerged island and even the Holy Grail amongst others. This breaks down further into a randomised node based map for the location you select where you’ll move from section to section with a random encounter at each that can have a positive or negative impact on your resources or characters and thus influence your future progression. 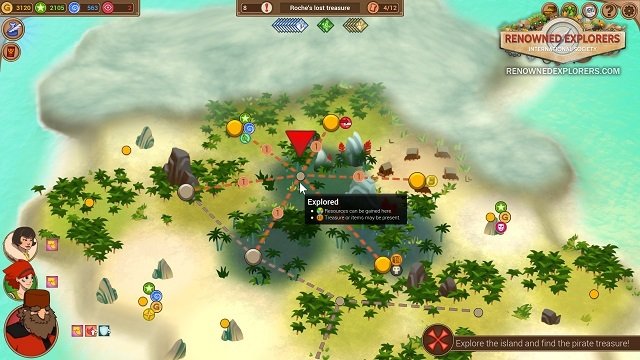 Some nodes and particularly the final nodes for an area will lead to combat encounters that can be resolved in either friendly, devious or aggressive ways. These routes to victory are all tied to the moods of each map where the skills you use will change this mood, provide buffs, deal different damage types and even impact on the rewards you receive which means you may want to try achieve a friendly victory even if your team is aggressively focused. If you succeed in these final area nodes players will be able to return to the main game map to purchase equipment and other upgrades with their resources before tackling the next tier of treasure adventure.

With the insane level of depth to all of the aforementioned mechanics in Renowned Explorers: International Society it is a challenging deep adventure that you can play again and again. While the treasures themselves are a thrilling to discover understanding all the intricacies of the game mechanics is just another layer of adventure beyond the treasure hunt.