Resident Evil: Revelations is a survival horror experience developed for the Nintendo 3DS that has since been ported over to other popular platforms. It’s a game with plenty of horror that will also have you exploring a great atmosphere, tackling puzzles and generally just scrounging for items. 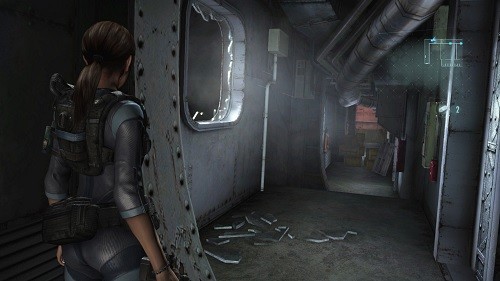 It’s a Resident Evil game that returns to the roots of the franchise with a mixture of puzzles, action and exploration not seen since the early games.

Story wise the game is set after Resident Evil 4 and before the events of 5. It definitely helps to know the story of these games and have experience with the Resident Evil franchise in general but the gameplay can still entertain non Resident Evil fans, just not on the same level.

In Revelations players will control Jill Valentine and Chris Redfield with options for both first and third person perspectives. Much of the games story revolves around these two founders of the Bioterrorism Security Assessment Alliance (BSAA) and also includes a number of flashbacks to past events.

The game definitely focuses more on the survival elements that originally made the Resident Evil franchise so enjoyable for many fans. Most notably is the limited ammunition supply you’ll have available that keeps you firing your shots carefully and scavenging around for extra ammo. To help you you’ll have a handy Genesis device that can detect hidden items and also lets you scan enemies to gain herbs. 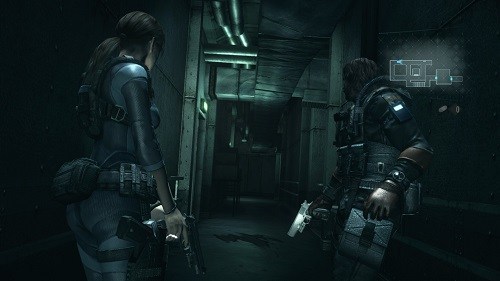 Once you’re done with the single player campaign you can expect to get a good number of additional hours from the Raid Mode where you’ll team up with a friend to battle waves of enemies. This multiplayer functionality also allows players to send supplies on certain platforms to lend a helping hand to a friend.

Resident Evil: Revelations is definitely one of the best 3DS games out there and its ports to other platforms also hold up pretty well ensuring this game is great for long-time fans or new gamers looking to explore what Resident Evil has to offer.

Games Finder is a Steam Curator and featured in the aggregate review scores data of MobyGames and Neoseeker.
FEATURED ON
Games Like Alan Wake, Games Like Dead Space, Games Like Metal Gear Solid, Games Like Silent Hill, Games Like Until Dawn
LEAVE A REPLY Cancel Reply