Resistance 2 is the second game in the sci-fi shooter video game series and promises a solid single player experience with great multiplayer option. 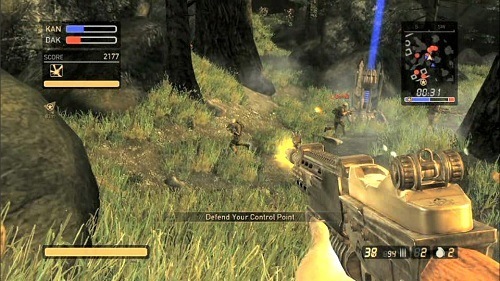 Players will again be taking on the role of Nathan Hale as he fights of the Chimera threat and just hopefully can stop the last safe haven of the world (the United States) falling into enemy hands. This time around players are joined by other elite soldiers who are also infected the Chimeran virus.

Resistance 2 continues to offer a solid first person experience on the gameplay front with a vast array of weapons returning to help you fight the Chimera threat once again. These weapons are a good mix of old weapons (1950s era) and alien based weapons with some even being a mixture between the two.

The jump to Resistance 2 also did away with many of the original game features to bring it in line with more modern shooters. This includes the ability to only carry two guns, a maximum grenade limit and regenerative health rather than a health bar.

Multiplayer has also received some overhauls in Resistance 2 and offers both co-operative and competitive game modes. Unlike other co-operative experiences players won’t simply be reliving the campaign experience, you will instead be playing unique co-op missions that run parallel to the single player story. The co-op mode supports up to 8 players and has randomised elements to add replay value to this mode. 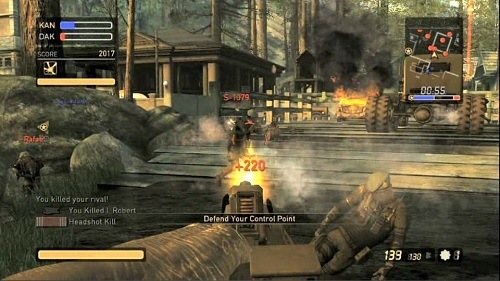 On the other hand the competitive mode is just as impressive with support for up to 60 players on a single map at anytime. All your standard game modes are there with deathmatch, team deathmatch and capture the flag but a unique skirmish mode is available that gives players orders in squads of 5. As is standard for multiplayer FPS experiences players will gain ranks for play time and in turn unlock new equipment, perks and looks.

Resistance 2 strikes that great balance between single player and multiplayer which many first person shooters miss and is a great introduction to the series if the original looks just too old to hold your attention.