Resonance of Fate tries to capture the Japanese role playing genre while adding plenty of unique mechanics. While Resonance of Fate pulls this off in some game aspects, does it masterfully innovate them all? 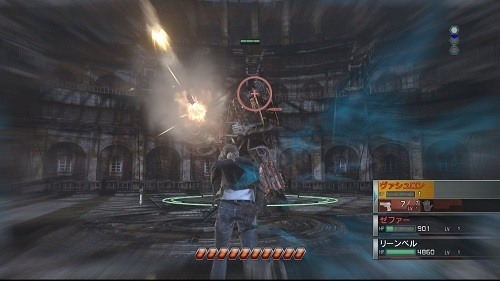 Resonance of Fate was released for Xbox 360 and PlayStation 3 in 2010 and changes up the standard setting by incorporating guns into a fantasy setting. The game takes place in the sky around a device known as the Basel which provides habitable space for humans to live after the planet started emitting poisonous gas that caused deadly cancer in humans.

In the game you’ll play as three guns for hire who adventure around the city completing various missions as they follow the main plotline.

The two innovative features that will draw you towards Resonance of Fate over other games is the world map and the fast paced but strategic combat battles. In Resonance of Fate players will find that the world map is split into a hexagonal grid and in order to access these areas players must find and use energy hexes to unlock new areas to explore. 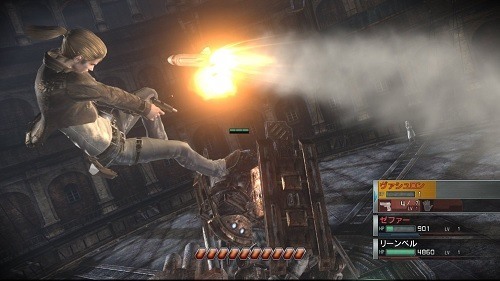 Combat is the real shining star of the show with a battle system the blurs the lines between real time and turn based actions. In combat players will have to control all three of their characters (sometimes less) and give them not only an enemy to attack but also control the direction of their movements which is vital to avoid enemy fire. Players will also have to consider other options from switching weapons, charging up more powerful attacks or using grenades.

The combat experience in Resonance of Fate is definitely a tricky one but also amazing to watch as your characters dodge, weave and fly through the air while unloading their guns on your foes.

This review was first published on September 14, 2015. Read our update policy to learn more.