Rise of Legions is primarily a tug of war competitive strategy game which integrates deck building into the core experience allowing for you to collect cards, craft your deck and use it to crush your enemies. Supporting multiple game modes across solo, duo, PvP and PvE Rise of Legions has content for all sorts of players although its primarily a PvP deck builder.

Your objective across these game modes is to destroy the enemy base by summoning units, creating unit spawners and capturing the towers between your base and the enemy. Like many tug-of-war games Rise of Legions is built around the concept of momentum which can be won by placing the correct unit at the correct time to counter your opponent’s strategy. 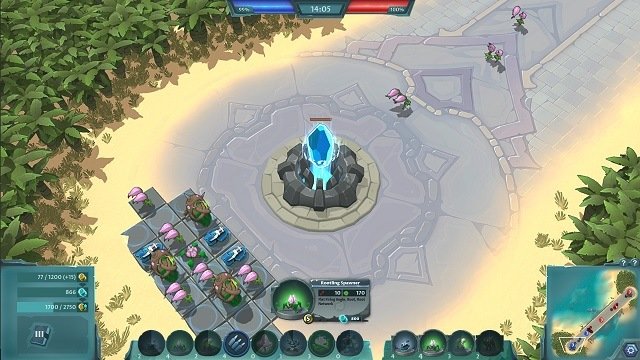 This is facilitated in two ways with players placing specific unit spawners at the back of their base with essence that produce a steady flow of units. In addition players can directly create units or cast spells with mana anywhere on the map that they have control over. Player decks are limited to 12 cards total of which 4 must be spawners with the remaining 8 split to the players desire between spells and units of various archetypes.

These units broadly fall into categories of tank, DPS and support units although go a step deeper with their own unique stats and mechanics to consider. For example basic Footmen units can gain a shield block every 5 seconds to block damage while skeletons have the ability to come back to life given the right circumstances. These abilities generally tie into the overall strategy of the 5 legions in the game which include black, green, white, blue and crystal with players unlocking a basic deck of each early on in Rise of Legions to experiment with and gain access to the base cards. 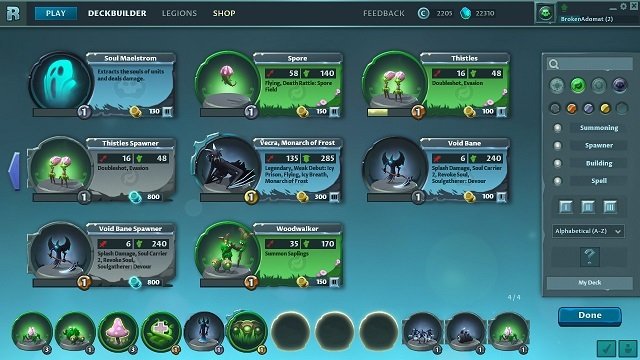 Each come with their own playstyle from the mechanical blue legion that have a range of buildings, the green forest legion’s focus on healing or the death black legion expertise in frost. Players are able to mix up to two different legions into a specific deck at any one time although the special crystal legion can bypass this restriction but has more basic units to compensate.

Cards within each legion also level up through gameplay usage to give you an underlying sense of progression and while this does introduce some grindy elements to upgrade your cards it is offset somewhat by the method of matchmaking. This matchmaking is directly linked to the strength of your currently equipped deck with tiers for stone, bronze, silver and gold based on the highest strength card. The only unfortunate side effect of this is that you’ll generally want to hoard materials (credits, crystals and junk cards for infusion sacrifice) until you can level up all your favourite cards to the next tier. 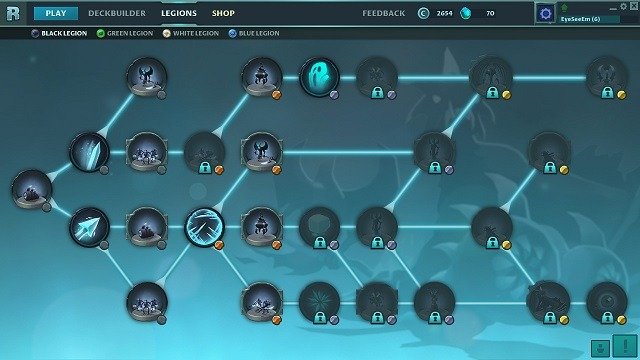 Earning these materials is a fairly straight forward affair with a healthy dose handed out for matches, level ups, introductory quests and daily/weekly objectives. Card rewards throughout all of these is done via 3 random card options to allow players to collect cards that they desire. Should luck not be on your side though a card vendor who accepts both credits and premium currency of crystal will sell you specific cards.

Other forms of monetisation include skins and a premium time mode that awards extra experience and credits for gameplay. While definitely not pay to win there is clear time advantage to be had by opening your wallet in Rise of Legends although this is nowhere near as extreme as other games on the market with a freemium model.

This review was first published on November 30, 2019. Read our update policy to learn more.

Games Finder is a Steam Curator and featured in the aggregate review scores data of MobyGames and Neoseeker.
FEATURED ON
Games Like Age of War, Games Like Clash Royale, Games Like Deck Heroes, Games Like Heroes Charge
LEAVE A REPLY Cancel Reply