Released in 2003 Rise of Nations is one of the most popular and successful real time strategy games of all time with its diverse range of civilisations and solid foundation of RTS mechanics. Being both accessible to newcomers to the genre while offering vast strategic depth Rise of Nations achieved that rare feat that few games have been able to replicate since. This success also led to an expansion pack (Rise of Nations: Thrones and Patriots) and spin-off game (Rise of Nations: Rise of Legends). 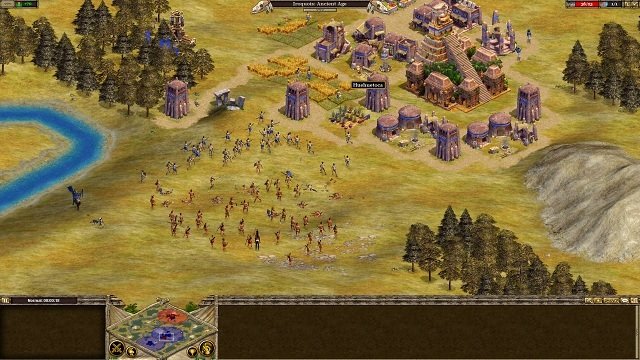 The core of your Rise of Nations adventure is the conquer the world campaign where you’ll literally conquer the entire globe from one starting location across multiple scenarios that require a grand strategy alongside the real time strategy of each battle.

These grand strategy considerations let players attack capital cities directly which gives you control of all their territory although is significantly harder than attacking individual territories first. This campaign style structure also starts players from the ancient age and you’ll progress to the current day (information age) as the campaign progresses. 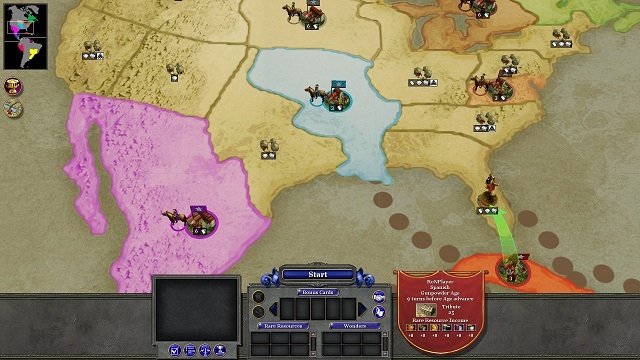 Starting from this historical base and associated civilisations Rise of Nations uses a territory system as the foundation which limits players to building in areas near their city borders and while this does prevent some expansion tactics it feels more realistic for the era the game is set where supplying such expansions would have been a difficult exercise.

As you would expect to see this territory control starts off small and eventually grows rapidly as the player builds defensive fort structures and technologies with each building expanding your lines metre by metre across the varied biome landscapes. This area of control is also an important mechanic for siege warfare with the right technology investment hurting enemy morale when they are in an enemies borders and eventually see the unsupplied attacking force flee. 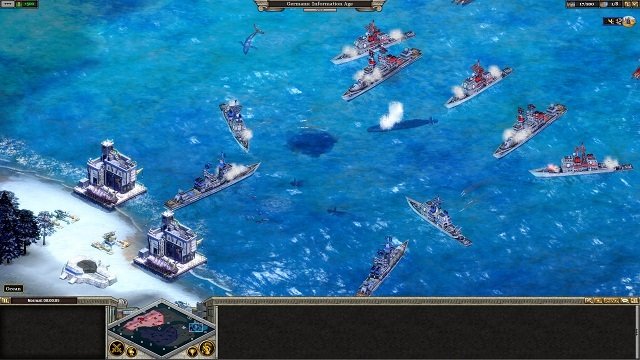 As with all strategy games Rise of Nations is about more than just raw warfare with economy and resource acquisition equally important if you expect to conquer the world or succeed within one of the other game modes (such as scenarios added in the expansion). In Rise of Nations there are a total of six such resources that aren’t limited in supply like other games which means strategy is focused on production rate gains rather than managing limited resources. Resources include food, timber, metal, oil, wealth and knowledge that have varying methods of acquiring, spending and optimising.

Some of this is also influenced by your choice of civilisation with 18 options in the base game which expanded to 24 in the expansion pack. Including the likes of Aztecs, Chinese, French, Greeks, Mongols, Romans and Turks its a diverse list of historical and present day nations for you to command with unique units and strategy styles.