Offering a second game in the rebooted Tomb Raider franchise, Rise of the Tomb Raider continues to follow the story of Lara Croft and her Syberia based adventures in the search for the city of Kitezh as she races against a military organisation (Trinity)  intent on beating her though and claiming the immortality it contains within. 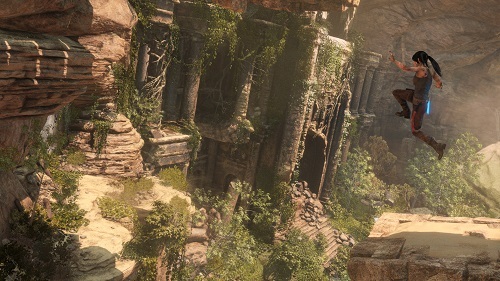 Just the original games and the more recent first reboot title Rise of the Tomb Raider centres around not only combat but also survival of the elements as players explore the landscape along with various optional sidequest tombs which hide other hidden treasure.

Similar to the past titles you’ll be controlling Lara from a third person perspective as you rely on various improvised weapons and gadgets to propel yourself through the story. Crafting is a key and recurring theme from start to finish with Lara being able to create new arrow types and other items by scavenging various materials from the plants and animals that appear in the harsh Syberia environment. Said environment also includes a realistic day and night cycle which alters the animals which appear with weather also having an impact. 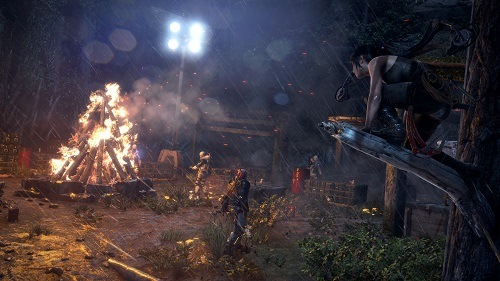 Outside of exploration and crafting combat, puzzles and stealth will fill the rest of your time as Lara. Combat has particularly received lots of attention and given Lara a greater arsenal for stealth attacks with also more options to utilise the environment to assist in kills. Notable new items include a re-breather for better water exploration and a lock pick.

With a great number of new features and enhancements over what was already an impressive franchise reboot Rise of the Tomb Raider has solidified itself as a staple game in the genre.

Games Finder is a Steam Curator and featured in the aggregate review scores data of MobyGames and Neoseeker.
FEATURED ON
Games Like Far Cry, Games Like Horizon Zero Dawn, Games Like Just Cause, Games Like Prince of Persia, Games Like The Last of Us, Games Like Uncharted
LEAVE A REPLY Cancel Reply

Rise of the Tomb Raider