Risen belongs to the expansive fantasy action RPG genre with a single player experience full of adventure, quests and combat. Originally released in 2009 for Windows the game was ported to Xbox 360 several months later with an eventual sequel, Risen 2. 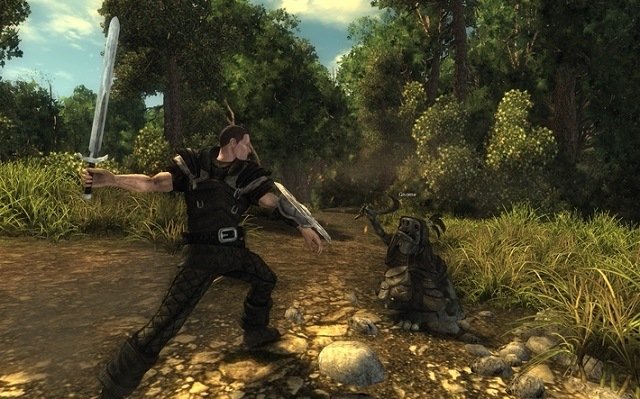 Risen lets players explore the fantasy island of Farnga which draws real world inspiration from the mountainous regions of the Mediterranean. The result is a hilly island landscape with a hot climate and active volcano which pairs with wide open plains and the occasional lush forest area. As a relatively small island the populace has reached somewhat of a balance with the Harbor Town ruled over by a bandit chief, a Monastery of magical study and various civilian settlements in between. This meddling in unknown magic unleashes the Titans onto the world who are ancient powerful beings and also triggers endless storms around the island which prevents people coming to the island or leaving it.

Players are one of the lucky few that survive these storms though and take control of an unnamed hero who has washed ashore on the island from a recent storm. With the Titans growing in power and opening up a number of ancient dungeons on the island there are a host of evil creatures raiding every town in reach. Joining either the bandits, mage or warrior order you’ll play a role in gathering artefacts from the island and eventually enter a temple leading to the heart of the island’s volcano to save the island and broader world while uncovering a darker plot. 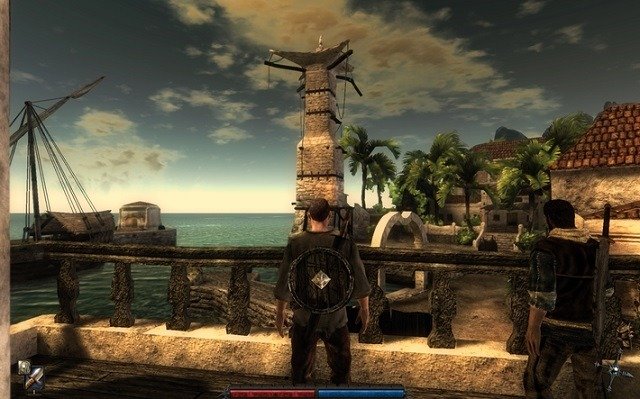 Risen has often been compared to the likes of the Gothic series with a similar emphasis on exploration and faction alignment by the player and a host of RPG mechanics to dive into. Exploration is the foundation of this with a whole island of settlements to explore and while the island is generally free of restrictions players will need to acquire significant power before adventuring to certain island locations. As you would expect this exploration opens up plenty of quest options for both the main quest and countless side quests that have their own rewards and minor stories.

In terms of gameplay Risen lets you take on a number of roles allowing you to fight with the weapon of your choosing (magic, swords or bows) while combining it with skills to suit your preferred gameplay approach. Regardless of the weapon path you select combat relies on positioning, blocks, dodges and parries to create an action focused combat experience. Players can also walk the lines of each weapon option to create hybrid characters that use swords, staves, axes, crossbows and bows although players will need to balance this against minimum stat requirements to equip them and modify their damage outputs. 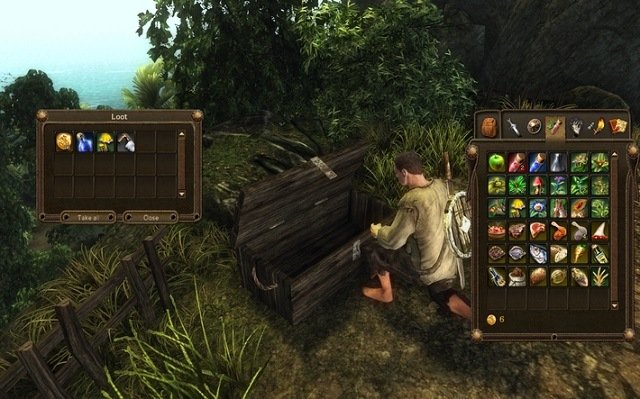 These stats include strength, dexterity and wisdom which can be increased with potions, plants, quests and trainers within the game. Skills are similarly slowly unlocked throughout your Risen adventure game as you level up with some having minor visual effects which adds a nice touch to your advancement. For example levelling up a fighting skill might result in your character using a different stance in battle or using a different attack animation once unlocked. Skills go beyond combat though with lockpicking, alchemy, cooking, prospecting giving you methods of obtaining resources and crafting.

This review was first published on May 24, 2013. Read our update policy to learn more.