Adding itself to the large range of free to play city builders is Rising Cities a game that as the name suggests sees you seeing over a rising city landscape as you expand outward from your starting location. 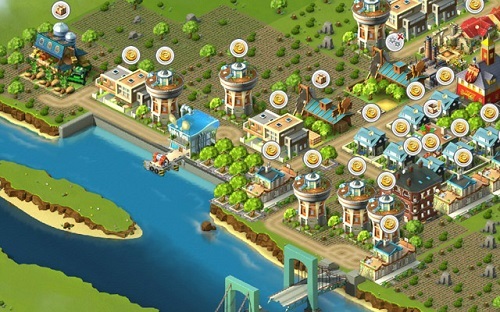 Transforming your small little game settlement will not be an easy task in Rising Cities though with a reasonably long game cycle before players will run out of things to do. Like many games in the genre your early progress is heavily driven by the quests that you will receive most of which will guide your hand over the basic game mechanics and features to ensure you are equipped into the future.

If you’ve played a city (or farm) builder before though you’ll breeze past these basic instructions and move into a regular game flow. This flow is one of familiarity as you place objects and buildings that you desire while also waiting for resource timers on your already constructed buildings.

Unlike other games in the genre though there is some manner of strategic placement in Rising Cities with players able to maximise the revenue they can generate with said buildings by placing them next to certain buildings.

Other bonuses are awarded for the likes of building roads, building specific terrain and the citizens that will occupy each house which gives you an extra level to consider and makes your little virtual world feel more alive rather than just cramming everything you can into it. Unfortunately despite all these interesting mechanics the lack of a rotate feature can be frustrating to the perfectionist player. 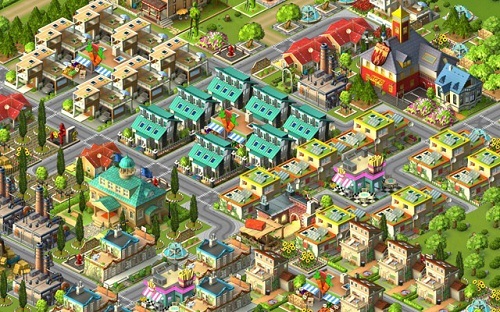 Everything else is the classic management game cycle as you use your gained resources to build additional structures to produce even more income to keep the cycle alive. To balance out your continued construction Rising Cities also includes some balancing mechanics of your power and citizen happiness that keeps your overall city plan and expansion in check.

Overall Rising Cities has a few mechanics that help it stand out in a genre of clones and copycats which gives it just a little more strategy than most.