Rival Kingdoms lets you control an army within your mobile device (iOS or Android) and wield it to attack other players for your own resource gain. Following in the steps of Clash of Clans and similar titles the game is centred around creating a defensive base to protect against other players while also creating an army to raid others and balance your resources between them. 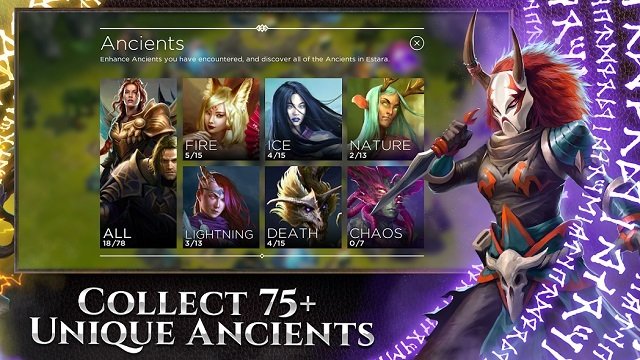 While your first impressions can easily be dominated by thoughts of playing a simple clone Rival Kingdoms slowly shows its cards and reveals a game that has a number of differences when compared with the large titles in the genre. These includes powerful heroes known as Ancients which can alter your tactics on the battlefield as you generate mana for building destruction during raids, a lack of troop building that quickens the overall gameplay loop and squad based deployable units to rapidly drop units in battle. Ancients are particularly detailed with over 75 different variations that belong to fire, ice, nature, lightning, death, chaos and gryphon archetypes on top of 6 rarity classifications and unique designs across the board although clearly inspired by various fantasy sources (such as Daji the nine tailed fox).

The Ancient mechanic in particular adds a lot of enjoyable strategy to the core of the game (raiding) as you can choose different strategies to overcome defences, be it buffing troops directly or calling in powerful attacking spells. When mixed with balancing of the units types themselves each raid in the PvE or PvP portion of the games is enjoyable and holds its own against alternative titles. In total you’ll have 5 PvE campaigns that come with their own backstory and mythical lore. 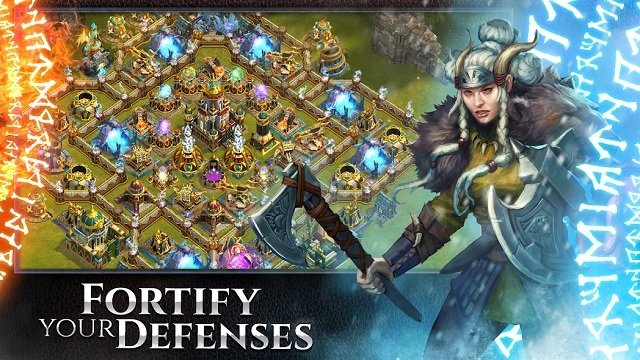 The lack of need to build troops makes Rival Kingdoms a particularly attractive option for fans of the genre that are tired of queuing up troops in order to go into battle. Instead the Rival Kingdoms mechanic limits your attacks through a stone system, which max out at 5 but regenerate every half an hour or so. This means you’ll still be playing in short mobile bursts but don’t need to prepare extensively beforehand. Troop variety is about on par with other games in the genre with a dozen picks from the standard soldier to deadly assassin’s and raider specialists who have a taste for gold raiding.

Differences aside the core gameplay is more in line with the Clash of Clans formula with players collecting resources to be spent on new buildings, towers or resource generating constructs. Walls are also a staple of any kingdom and Rival Kingdoms allows you more flexibility here with the likes of diagonal walls to create even safer designs for your kingdom with new variations of choke points to funnel enemy troops. Pairing these carefully with watch towers, spell towers, bunkers and the other available defensive structures is of course key. 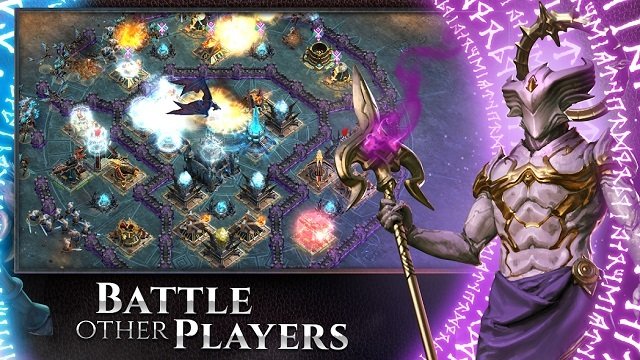 All of this is supported with features that enable guild and multiplayer play and incentivised by giving real benefits to those contributing to a guild. Rival Kingdoms also makes it easy to organise activities with communication with guild mates built into the game app. Rival Kingdoms also includes a healthy amount of mid and end game competitive aspects with rankings and honour systems to keep you wanting to compete to the top ranks.