Bringing Super Smash Bros and indie development together Rivals of Aether has players calling on the powers of nature to battle against other Rivals in fast paced brawling. 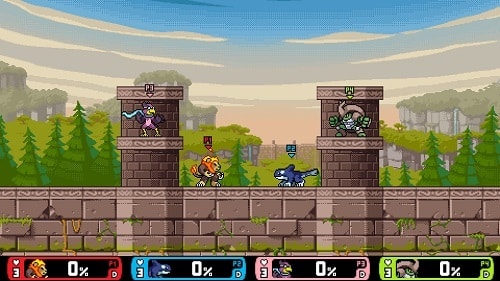 In addition to 1v1, 2v2 and free for all games modes Rivals of Aether includes a story mode that provides background to each of the fighting Rivals. Players can also fight against waves of fighters in an abyss mode if they are seeking a real challenge or a co-operative option instead.

Across all these game modes the action is fast paced and fluent as you take control of the lion of fire, Zetterburn capable of dealing additional fire damage overtime or opt for the dolphin like Orcane who relies on teleportation through water puddles to deceive opponents. These are just two examples of the available characters who all relate to a particular element (fire, water, earth or air) and have 3 unique abilities. 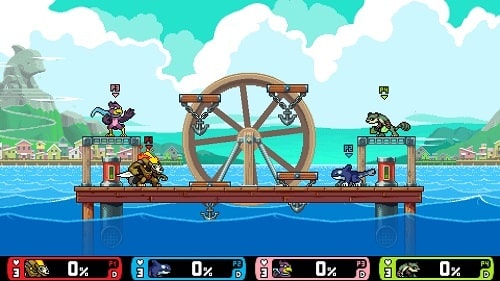 With a passionate (and competitive) Super Smash Bros fan behind the development the fundamentals of gameplay are very similar in overall design. Where Rivals of Aether differs though is the pacing and learning curve to correctly use combos. While there is still a huge amount of work to master a character and the little intricacies of mechanics pulling off deadly combos can be achieved in a shorter amount of time and does not require players to be mechanically gifted.

As the game continues to grow from its solid Early Access foundations and responds to community feedback Rivals of Aether is likely to become one of the best brawling games around.