Create a legacy of children in Rogue Legacy, a roguelike experience where you’ll have to explore a dangerous castle, defeat bosses and deal with the poor gene pool of your family. Requiring careful platforming and combat Rogue Legacy is one of the few video games that allows players to literally watch their descendants tackle the same challenges with slight upgrades in between that allows each to delve deeper. 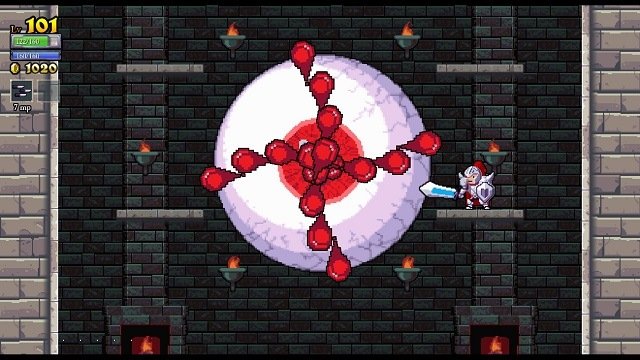 Your ultimate goal in Rogue Legacy is to unlock the golden door  that appears at the start of the castle to solve the simple but mysterious story line of the game. In order to so players will need to explore deep into the castle map by map to locate and defeat the 4 bosses within the 4 regions. While this sounds simple on paper it’s made dramatically more complex with each death for your character permanent and resetting the castle layout (although in time you can fix the layout for a price).

The core gameplay of Rogue Legacy revolves around a mixture of action and platforming with players moving through the 2D castle game world that is broken up into separate rooms. These rooms can include traps, enemies and chests for players to kill and collect which generally leads to the base gold currency. Occasionally though you’ll encounter a rarer game room which provides stat boosts, runes, equipment and other special items that can impact on your run. 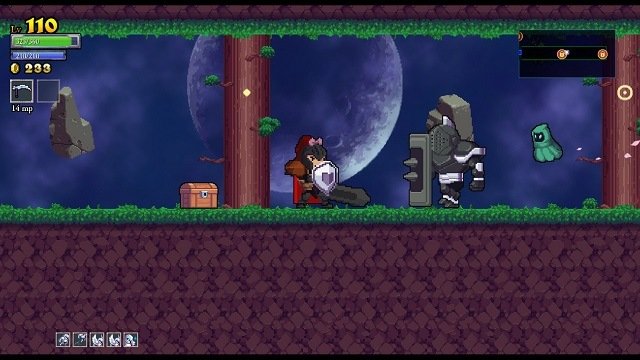 With each of your heroes only having a single life each death will lead players to pick their next hero from the family line from three options to once again try to make it through the castle alive. Each hero you choose though will be a completely different play experience from the different classes that have their own strengths to the traits that completely alter your game experience. This ranges from dwarfism that shrinks your character to ADHD that dramatically increases your movement speed or colour blind that removes all the game colours. With over two dozen of these in Rogue Legacy choosing an heir is always tough to balance between positive and negative traits while getting a character class you want to play as well.

Each of these attempts helps players to improve their overall game progress beyond death that means each little adventure into the castle is slightly easier until you reach a tipping point of power to finish Rogue Legacy. Gold in particular is central to this plan and spent on runes, equipment and in a castle like UI for upgrades that introduce new NPCs, classes and small boosts to your attacks, survivability and utility. With gold being wiped on each next castle attempt there is no saving of this resource in Rogue Legacy and means short runs that end in failure quickly do not help your progress which feels like a nice balance of reward. 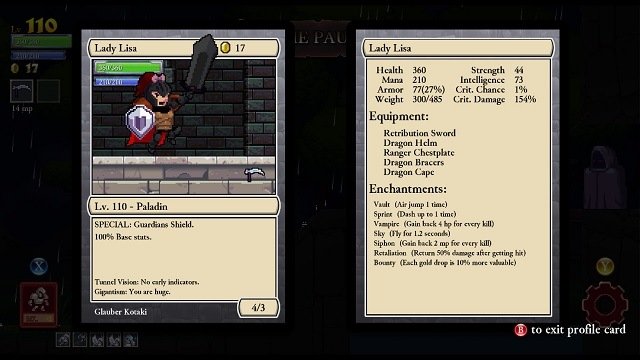 With this investment of resources and your time you’ll have three weapons against these randomised room layouts being your own platforming ability, your sword and spell. While your platform ability only improves with time your sword attack and randomly selected spell will be influenced heavily by your class and account upgrades.