The original RollerCoaster Tycoon (RCT) title launched in 1999 offers one of the early construction and simulation games where players are charged with operating their own profitable amusement park. Launched before the turn of the century RCT launched to critical success and eventually expanded to the original Xbox along with a number of additional expansion packs and sequels. 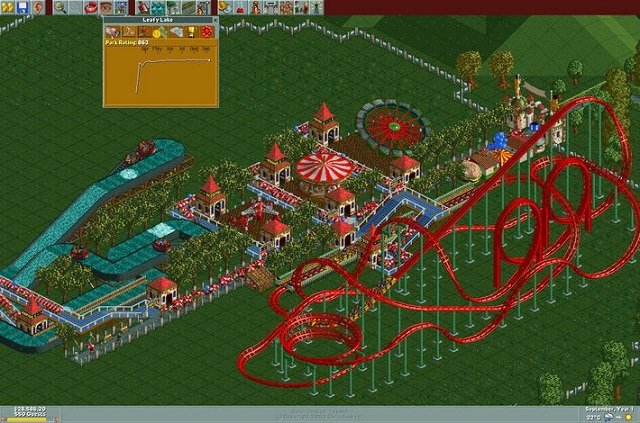 Like many management titles RollerCoaster Tycoon is split into a large selection of predefined scenarios that each have their own objective for players to achieve. Launching with an initial 21 the full game would eventually go on to include more than 80 scenarios with each successful victory unlocking the next scenario in the chain. While a small number take inspiration from real world locations and parks the vast majority are fictional and give players varying space, initial funds and initial park layout to mix up the challenge.

With limited time in each scenario to achieve a certain number of guests, financial goals and park ratings players have to have a diverse understanding of the game mechanics in order to consistently win. Scenarios generally start on the easier side with later unlocked scenarios severely limiting your funds or space to create a difficult RollerCoaster Tycoon challenge. From the Forest Frontiers to Leafy Lake, Trinity Islands, Millennium Mines, Paradise Pier and Crumbly Woods all scenarios have their own personality. 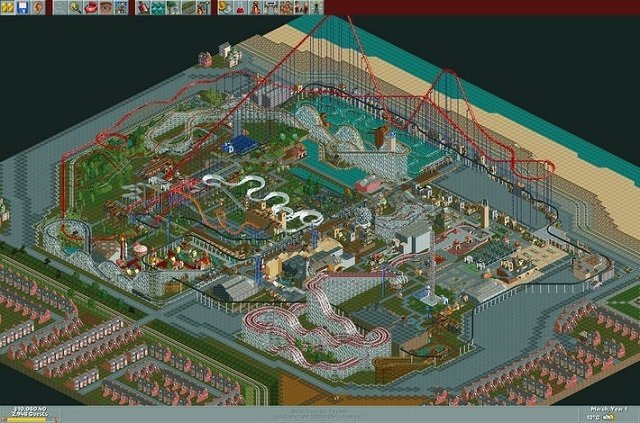 To overcome these challenges RCT has a wide range of available rides for players to utilise which range from simple rides like the haunted house and slide to more exciting bumper cars and go karts. Players can also build a large variety of rollercoasters either using the prebuilt ones or designing them one piece at a time instead. It’s  easy to spend lots of time and all your finances in developing some epic rollercoaster designs that can fall flat with guests if not carefully designed.

Rides are just one element of your park management with players also having to set prices, hire staff, place decorations, advertise and create paths for their theme park to keep it running as efficiently as possible. If players can meet certain criteria they’ll also earn various awards that can help boost your park reputation and guest count even further to achieve the scenario goal. 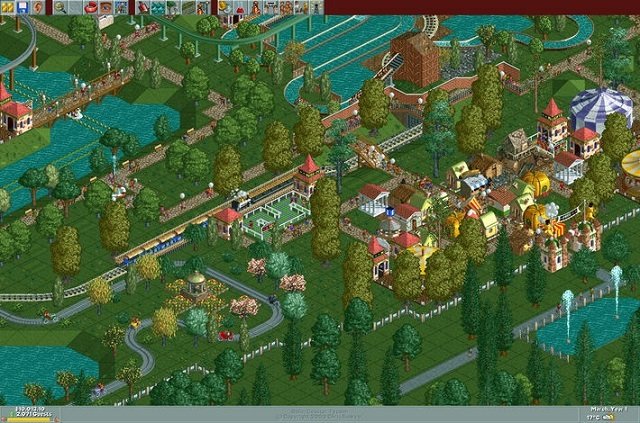 As if that wasn’t already enough for a game released in 1999 players that want even more control over their park can use the terraforming tools to create mountains, lakes or flatten out the ground to allow for your latest rollercoaster construction. Pairing this with the wide range of scenery and associated themes your park in RollerCoaster Tycoon can be just as much about the visuals as the rides. With all these mechanics RollerCoaster Tycoon is a game that continues to provide enjoyment as you progress through the game scenarios and experiment with different strategies on each.

This review was first published on March 15, 2013. Read our update policy to learn more.

Games Finder is a Steam Curator and featured in the aggregate review scores data of MobyGames and Neoseeker.
FEATURED ON
Games Like Prison Architect, Games Like Zoo Tycoon
LEAVE A REPLY Cancel Reply