Fly through the sky on the end of your rope and explore dozens of quest lines in Rope Hero: Vice Town a game that has you swinging around a fictional town dispatching bad guys with a variety of weapon types. Ensuring the game remains accessible to a range of devices Rope Hero: Vice Town includes some basic options around graphic quality and density of traffic which ensures that less powerful devices can potential run the action packed 3D game. 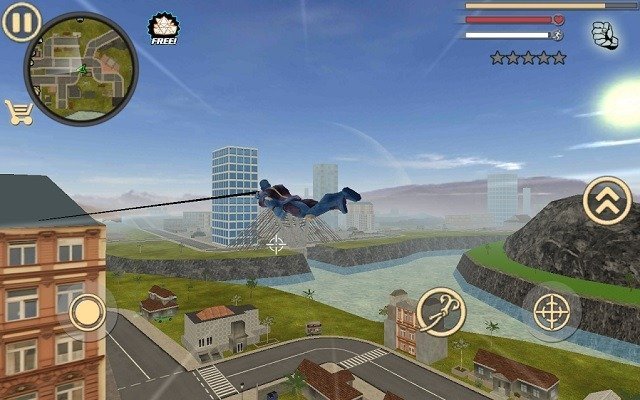 To ensure you’re well equipped to enter the fast paced world of Rope Hero: Vice Town you’ll begin with the game tutorial which details the dual stick control scheme (left stick to move and right stick to attack and aim) along with jumping and sprinting. Gamers familiar with open world games or action RPGs on a mobile device will quickly feel at home with this control scheme and aside from some camera issues the controls in Rope Hero: Vice Town feel responsive.

The most important feature to master control of though is your ropes which let you easily move throughout the city streets and takes clear inspiration from the Spider Man series of games. Inspiration doesn’t stop there either with the game taking a number of cues from the GTA franchises with the likes of weapons, health, money and a police alert level also making their way into the core mechanics of Rope Hero: Vice Town. 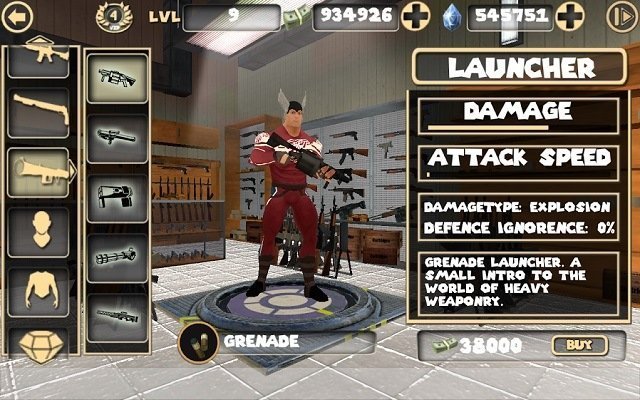 That isn’t to say that Rope Hero: Vice Town isn’t a great game by itself, it’s actually one of the best free roam mobile games you’ll find with great production values and design that works within the mobile platform limitations. The inclusion of the aforementioned mechanics is by no means a negative to the game and in fact a testament to the effort that has gone to integrating these AAA title mechanics into a free to play mobile game.

With the basics covered through the in game tutorial the world of Vice Town opens up to players who have the option to pursue the main quest line or rampage through the town for experience and money to be spent improving your Rope Hero character. In terms of main story you’ll have dozens of quests which follows the player as they test a new prototype suit to transform you into a super soldier but with the side effect of losing all your memories. With super powers in hand players track down a hacker amongst other tasks with the objective to reclaim your memories. 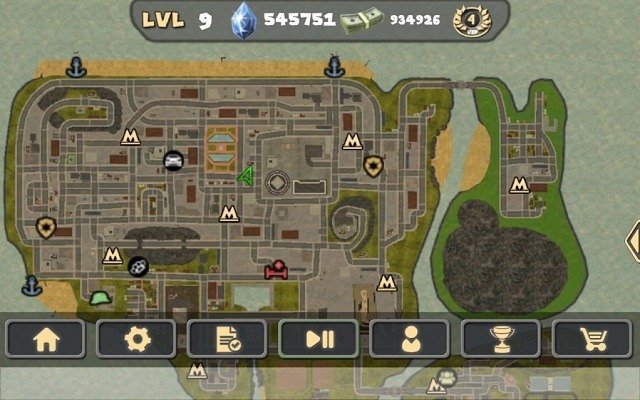 Like most free roam games though this main quest can quickly fall to the back of your mind though and particularly so in Rope Hero: Vice Town as their are incentives to exploration, be it experience or money which can be directed to improving your character strength. On the experience front you’ll be able to convert it to tangible benefits such as extra health, health regeneration, stamina, damage and vehicle buffs which will serve players well in the main quest line.

Combined with the other mechanics at play such as random gang wars that break out in front of you, a decent range of vehicles to drive (radio included) and the growing potency of weapons as you accumulate money to purchase them, Rope Hero: Vice Town is one of the top mobile titles in this space.

Games Finder is a Steam Curator and featured in the aggregate review scores data of MobyGames and Neoseeker.
FEATURED ON
Games Like Gangstar Vegas, Games Like Grand Theft Auto, Games Like Infamous, Games Like Prototype
1 COMMENTS
LEAVE A REPLY Cancel Reply