R.U.S.E. is a multi-platform real time strategy game set deep within World War II as Germany finds itself invaded on all sides by the forces of the Allies. Opting to be a strategy game focused on countering and the use of intelligence it’s different to other RTS titles you may have played previously and is appropriately named after the number of ruses that you’ll employ as part of your strategy to fool or bluff your opponent. In the single player offering the game explores a single story arc which follows the United States Army officer Joseph Sheridan as he moves around various key locations of the World War II theatre of war and is promoted for his efforts against the German forces. Like most strategy titles with a campaign component this scenario and mission based content is used to set the stage of R.U.S.E. while also allowing players to explore many different landscapes and experiment with your different strategic options. While this campaign is focused heavily on the United States units under your command the campaign does feature the United Kingdom, France, Soviet Union and Italy units to fight with and against. Japan was also added into the mix through The Pack of the Rising Sun expansion pack.

Gameplay is where R.U.S.E. stands out against other strategy titles, focusing on hard counters it’s a game that is rarely one sided as players continually try to one up each other with a counter tactic. Players will fight over control of land and air control as they use a variety of infantry, fixed guns, tanks and aircraft which have different strengths on the battlefield. This range of units does increase over time and can also be boosted through a range of upgrades. The available factions have some difference in unit availability and strengths but generally can use the same range of strategies effectively as they each have a comparable pool of units. 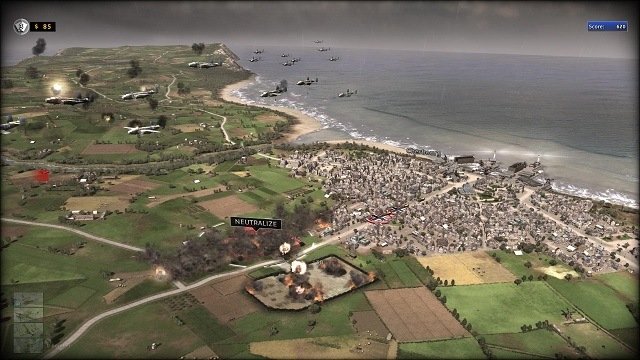 Each of these are of course linked to the country you control with familiar units like the P-51 Mustang, B-17 Flying Fortress, T95 tank, Sherman tanks, T-34 tanks, Spitfires, Howitzers, Panzer tanks, Tiger tanks and countless others. All of these units are paid for with supply which tries to capture the real issues of war by providing players limited resources which must be collected by trucks from the various supply depots scattered around the map. These lines of supply can be easily attacked and vulnerable to careful enemy planning just like a realistic war of supplying your troops.

Players will see the most success by carefully choosing their battles and sending in the appropriate units, something that is aided through the UI which will tell players the risk of engaging the enemy unit with the current selected unit. If the risk is too great units may even refuse to engage with injured units retreating once they reach a certain damage threshold point. It’s mechanics like this in R.U.S.E. that ensure you are equipped with the necessary information for your tactical decisions. 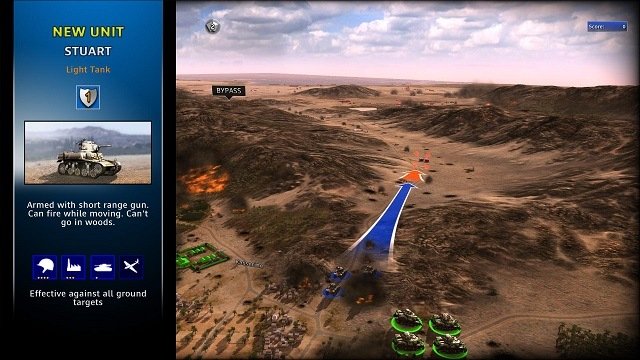 The real depth and uniqueness of R.U.S.E. is within the ruse system which allows players to bluff and fool their enemies or temporarily boost your own units. These ruse cards can be played at any time on a specific area on the map and offer things from boosting your unit speed, launching some fake units against the enemy, hiding units and spying on your enemy. Each has an associated time they are active for and broadly falls into enemy information reveal, hiding your own information or creating decoy units. Using these ruse cards effectively and at the right time can make or break a strategy and adds a layer that feels just right in a World War II.

Games Finder is a Steam Curator and featured in the aggregate review scores data of MobyGames and Neoseeker.
FEATURED ON
Games Like Command and Conquer, Games Like Company of Heroes, Games Like Halo Wars, Games Like Supreme Commander
LEAVE A REPLY Cancel Reply