Rust is a multiplayer survival game that encourages players to explore, build and survive. With threats coming from other players and the environment you’ll start with nothing as you build up your chances of survival by acquiring resources and equipment. Originally for Windows and Mac Rust has since expanded to the console realm with a PlayStation 4 and Xbox One release in 2021. 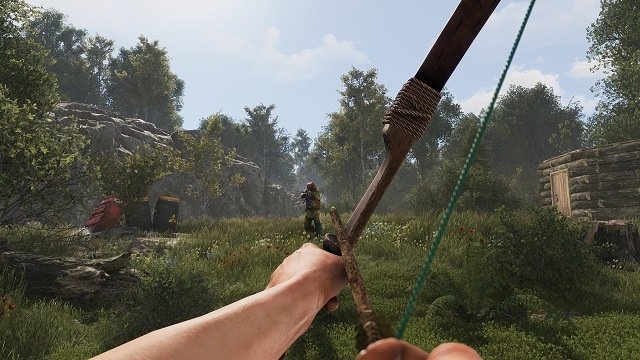 While Rust began it’s development cycle following the likes of DayZ over the years it has morphed and evolved into it’s own unique experience. First available in 2013 on Steam Rust has gone through a suite of development cycles and key milestones since that time which includes the removal of the initial zombie enemy, adding animals, expanding the list of items, altering the survival mechanics and countless other tweaks.

In the modern present day version of Rust players are left with a popular multiplayer focused survival game where you’ll need to manage real life properties of hunger, thirst and your health while surviving hostile animals and players. While there is  progression goals that players generally aim to achieve Rust lacks a specific goal and instead allows players to define their objective. Generally this sees players joining clans for protection, improving their in game wealth or advancing into some of the more dangerous game areas where the rewards are higher than average. This can be further altered through the diverse range of mods and unique server adventures that can alter various elements of the core gameplay detailed here. 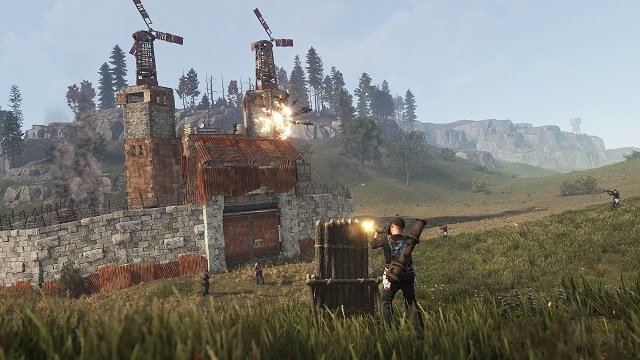 In Rust players will spawn as a naked character with nothing other than a simple rock and torch with your initial goal to gather vital food and key resources for basic crafting to give you a foothold. When players do die from the elements, players or wildlife they’ll have to start their adventure from the beginning while the victor will be able to loot their inventory. With your basic rock you’ll be able to obtain some basic materials from trees and stones and in the worst case use it as a weapon to defend yourself.

Materials come in all shapes and sizes from the basic wood and food to a range of construction pieces and attachments or ammunition for guns that are primarily used in late game PvP encounters. While some of these can be harvested from the environment others need to be found in unique ways or require the use of various recipes that combine the basic resources into something advanced. Some items also need to be looted directly from the various key locations and can’t simply be crafted by the player due to the complexity of them such as advanced weapons. With longer survival you’ll be better equipped for the dangers that you face but never immune to death entirely. 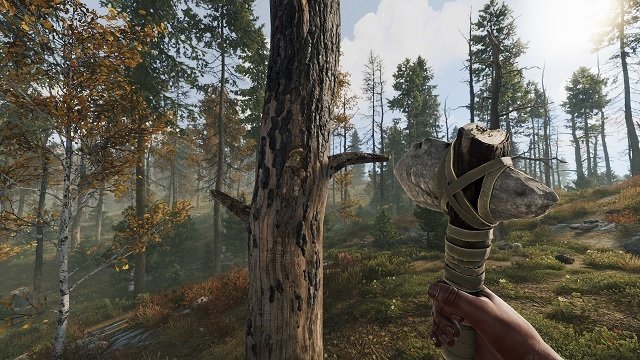 Importantly materials can also be used to claim your own piece of land by building your own cottage, house or fort if you can gather and stockpile all the required resources. This helps you to create a safe haven from all the threats that the game world throws at you but of course is a display of resource wealth to those that share your server and may hunt you down because of it. Given the world of Rust is always online players can utilise code locks to somewhat protect your acquired resources while offline. Players can also explore their surroundings with a range of vehicle options and can facilitate raids on enemy bases across larger distances.

No survival adventure is complete without a friend at your side with Rust providing the appropriate tools such as VOIP to team up with friends from real life and within Rust.

This review was first published on November 30, 2014. Read our update policy to learn more.