Ryse: Son of Rome brings brutal Roman combat to your screen with a third person action adventure that lets you pick up the sword and shield of Marius Titus, a leader amongst the Roman Legion. 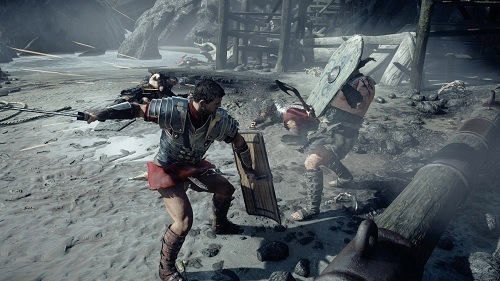 The game explores your early adulthood and the journey from new soldier to leader in the Roman army with undertones of family revenge. Your main enemy for this adventure is the various Celtic barbarian tribes that slowly pushed Rome to it’s knees through constant war, this single enemy does somewhat limit the variety you’ll get to experience but there is the odd elite soldier and boss to test your skills.

Ryse is a fairly traditional hack and slash game that has replaced traditional button quick time events with colour coded ones, which does help you stay within the action as you won’t have button keys popping up on the screen constantly in combat. The core combat mechanics don’t take too long to master with deflecting attacks and then countering a key component.

To break up the sword slashing combat you’ll also get to use pila (javelin) to dispatch enemies from a distance and other sequenced events. If you’re not a fan of this style of gameplay though you’ll find it isn’t enough to prevent the repetitive nature of the experience.

Upgrades are a plenty in Ryse: Son of Rome with players spending their experience points gained from kills on improved health, faster experience gain and improved finishing moves. The upgrades are definitely key to your progression but their limited variety and ease of unlocks removes some of the sense of actual progression. 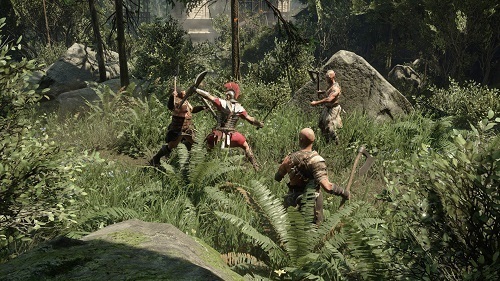 In addition to the single player campaign there are co-operative opportunities for players to fight together in order to conquer a range of challenges which adds a few more hours.

Overall the games high production value ensures an impressive visual experience that is only let down by its repetitive nature.