Sacred 2: Fallen Angel is the second game in the action RPG series. The game is actually a prequel and is set over 2000 years before the original game. 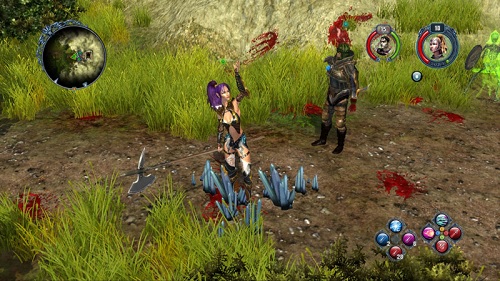 Sacred 2 follows the story of Ancaria and the battle of its inhabitants over a powerful form of energy known as T-Energy. The fight over this energy turns it into a powerful destructive force that mutates or destroys everything it comes in contact with.

The game uses a unique two campaign system with players choosing their path at the start of the game. Players can either decide to follow the light or shadow campaign which changes your overall objectives and flow of the story. Both campaigns intersect at certain points so players that play both campaigns will have an enjoyable experience as they play both destroyer and protector.

The action takes place mostly in the open world map (which offers a wide range of environments) but your adventure will sometimes take you deep into caves or buildings for some good old style dungeon crawling. On top of the lengthy main campaigns players can also accept hundreds of side quests. As they explore the lands of Ancaria. Just like in the original Sacred exploration is made easier with a mount which can also be used in combat. 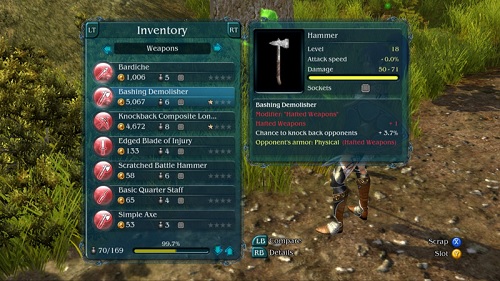 Sacred 2 offers 7 different classes for players to choose from which mostly fall into standard archetypes but they all have some impressive and unique elements. Two of the classes are restricted to playing only one campaign as they are the definition of good and evil.

On top of classes players have plenty of depth to enjoy with the item system which generates random loot and even allows sockets to boost items further. Just like the first game Sacred 2 is a strong action role playing experience with an impressive world just waiting to be explored.