Clear the danger from the peaceful Ancaria with 3 player co-op in Sacred Citadel, a game that borrows the setting from the Sacred action RPGs and brings some of the light RPG elements into the beat em’ up side scrolling scene. 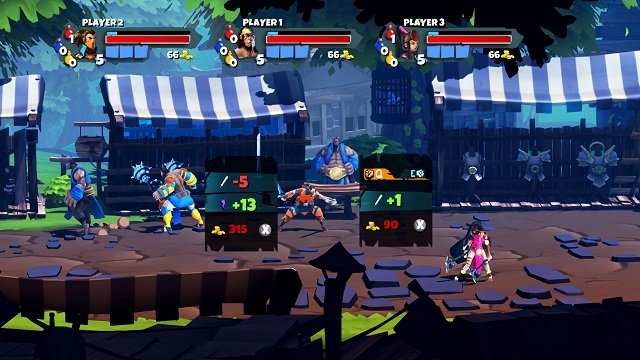 While the story is a fairly typical battle between the forces of good and a growing evil the added Sacred elements give it that extra flair for followers of the franchise and pays respect to several lore items from the main game. Told over 4 different acts with a number of bosses in between the story follows your solo character or part of adventurers as they attempt to restore order and peace by fighting off the orc inspired enemy. Along the way you’ve got voice acted humour, loot and ride able monsters to build on the basic game elements.

Your hero can belong to one of the four classes in the game being mage, shaman, ranger and warrior which all play as typical archetypes with their own special and combo moves to utilise in battle. Combos don’t vary much between characters in terms of button input though which does make it easy to play as any of the characters once you’ve got the muscle memory down but does hinder any sense of replay value. 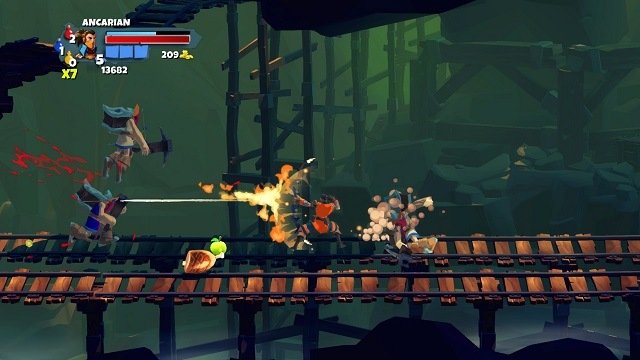 Combo variety isn’t particularly required though with a few over powered combos that are easy to pull off and likely to be your go to attack allowing you to spam and stun lock enemies until you achieve victory. Weapon choices are similarly diverse although in practice offer little true difference between them although it is nice that each class is able to dual wield the items that they find across their adventure.

This finding mechanic is the highlight of Sacred Citadel with enemies randomly dropping loot for you to equip that each has their own stats, resistance benefit and raw power numbers. This simple design is still satisfying though and ensures you aren’t bogged down with item selection every time an item drops and keeps the adventure moving forward steadily. Alternatively if you’re not having any luck with drops you can spend your coins from combat on items in town which ties in closely to the level up system underpinning item and combo availability. 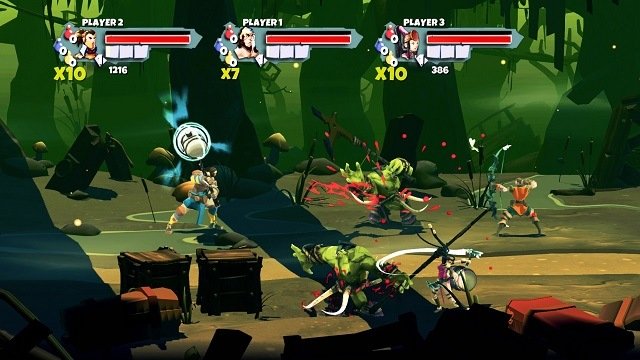 While Sacred Citadel has all the elements of the classics in the genre it never goes above and beyond to deliver something genre changing.

This review was first published on January 16, 2014. Read our update policy to learn more.