Sacred is a 2004 action role playing game for Windows with a dark atmosphere and a wide selection of class options for players to explore the fantasy world of Ancaria with. Further expanded with a single expansion pack (Sacred Underworld) these were combined into a bundled pack titled Sacred Gold. 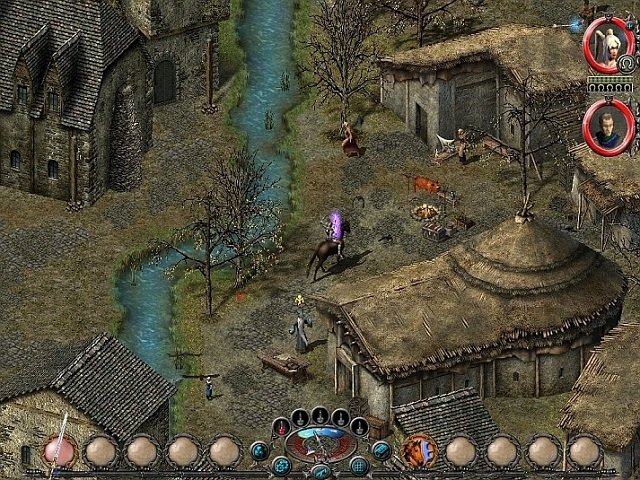 Sacred takes place on the continent known as Ancaria which is populated by a large number of towns with wilderness in between where evil and other dark creatures grow. Unlike other action RPGs a large portion of this world is freely available to players right from the start of your adventure which gives the game a great sense of open world. In order to cut down on travel time players can ride their own horse around Ancarnia with different environments at each of the game corners. From the icy mountains to the north, the lava desert to the south and the forests that run from east to west each has their own opponents and quests to conquer.

These opponents and quests are centred around the demon known as Sakkara who has recently been brought into existence due to a ritual conducted by the necromancer Shaddar. To return Sakkara back to the realm of demons players must seek out the five elements (wind, fire, earth, water, void) that hold the secret to defeating them. With five specific goals to achieve in the world of Sacred it’s a diverse adventure ahead of players which alongside other battles provide a well rounded action RPG journey. 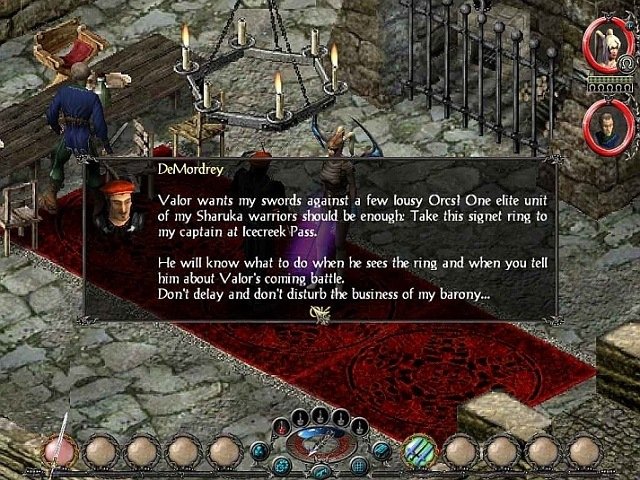 Character choice is equally well rounded in Sacred and one of the games strongest assets with a choice of 6 distinct characters. Players can select the barbarian gladiator, the battle mage, the vampire knight, the rogue dark elf, the angel fighter or the archer wood elf who all have their own playstyle and were further expanded with two additional expansion classes (Daemon and Dwarf).

This choice of character has a range of impacts on your Sacred experience including base stats, combat stats and skills that dictate your playstyle. Statistics include strength for close quarters combat effectiveness, endurance for armour and poison protection, dexterity for ranged combat effectiveness, physical regeneration for special moves, mana regeneration for magical regeneration and charisma that impacts your favour with traders and the spirits. Using the battle mage as an example you’ll find a relatively balanced character that grows in each area to be a jack of all trades as they unlock various magical types and weapon lore to use an array of attacks. 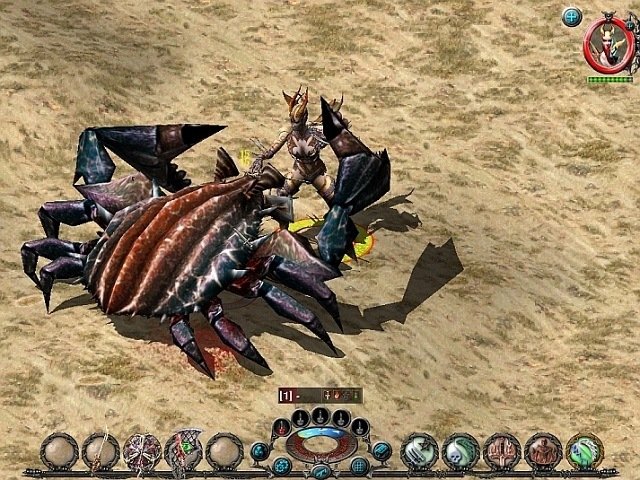 Your choice of character also ties in directly to the players starting area in the game and thus impacts on many of the side quests available to players which means there is great replay potential in the Sacred game world for those that like to try all characters in a ARPG. Building on this you’ll also note many item limitations on your class with specialised item sets and other rare equipment pieces to locate. Serving as a secondary item hunt Sacred also does away with traditional skill point systems and instead requires players to hunt down their specific runes to grow skill power levels.

Games Finder is a Steam Curator and featured in the aggregate review scores data of MobyGames and Neoseeker.
FEATURED ON
Games Like Diablo, Games Like Dungeon Siege, Games Like Path of Exile, Games Like Titan Quest, Games Like Torchlight
1 COMMENTS
LEAVE A REPLY Cancel Reply