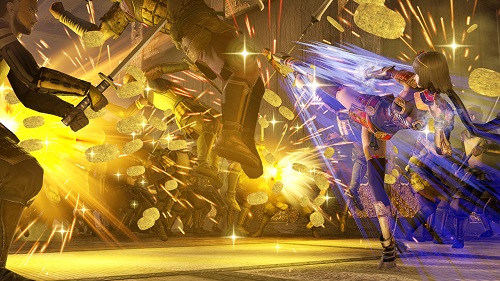 This period of Japanese history is well known for its conflict and ruthless military campaigns and the game captures all of these elements flawlessly. While the events do draw from this period and reflect it well they are romanticised and don’t follow historic fact exactly. Spanning from the opening Battle of Itsukushima in 1555 the game spans to the ending battle of the Siege of Osaka in 1615.

Central to gameplay in Samurai Warriors 4 is a character switching mechanic that allows you to take your two preferred fighters into a battle with the option to freely switch between them. In addition to the standard hack and slash gameplay approach of the previous instalments players will now be able to use new moves on the battlefield, Hyper Attacks and Rage Mode.

Hyper Attacks allow access to a secondary moveset which includes massive sweeping attacks designed to quickly dispatch crowds of enemies. While very effective against the lesser enemies officers will deflect these moves or be completely immune. On the other hand Rage Mode provides temporary invulnerability while also enhancing attacks. 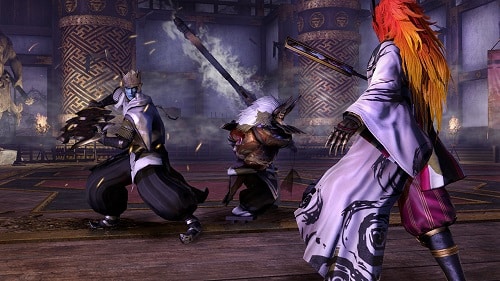 Doing away with the traditional story mode featured in other Samurai Warriors games players will enjoy ten different stories based on the clans and regions. These tie into the playable characters for each level which also means that some don’t even make an appearance during the story elements but are instead playable in the other game modes.

Games Finder is a Steam Curator and featured in the aggregate review scores data of MobyGames and Neoseeker.
FEATURED ON
Games Like Dynasty Warriors
LEAVE A REPLY Cancel Reply