Scarface: The World Is Yours is heavily based on the popular Scarface film and offers a great adventure for fans of crime based video games. Gamers who have seen the film will definitely get most from the experience though. 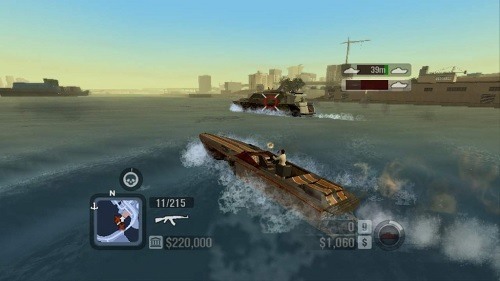 The plot for the video game picks up right after the film ends and has Tony Montana barely making it out alive from his mansion. After having your entire empire brought to the ground you decide to quit your habit and make a move for revenge on Sosa. This plot for revenge will have you returning to Miami and building from the ground floor up while taking out anyone that stands between you and your mark.

If you’ve seen the film you’ll recognise many of the people that you meet along this journey back up to the top which almost makes you feel like you’re living out a movie sequel.

Gameplay in Scarface: The World Is Yours is fairly similar to what a Grand Theft Auto game would offer with a large open world of Miami just waiting to be explored. While exploration is very open from the start your business will use only a small portion of the overall city while slowly expanding. Expansion is based on two gameplay elements, removing rival gangs through force and buying up businesses to distribute your goods.

Gangs form the combat side of the game while businesses create missions for the player that must be completed before they’ll sell to you. These missions have fairly good variety and include the odd over the top mission that makes it worthy of the Scarface name. 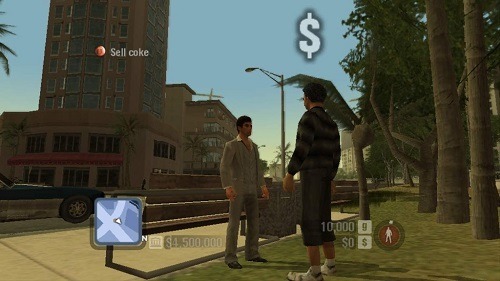 The game does introduce some arbitrary requirements for some missions which will slow your advancement. This is done through the money and reputation system with some main story line progression requiring a certain amount of both to advance. This isn’t necessarily bad though as it gives you time to explore the side missions, activities and just go out exploring.

While it borrows many elements from the popular Grand Theft Auto series the game brings a new setting and plenty of new mechanics to the third person open world genre that lets it stand on its own legs.

Scarface: The World Is Yours