Schoolgirl Supervisor (ANIME) follows the adventure of Saori Sato, a Japanese school girl who is the new supervisor in Sayama Highschool. Joining your adventure is your trusty cat named Sora who is armed with a security camera to help you achieve your objectives. 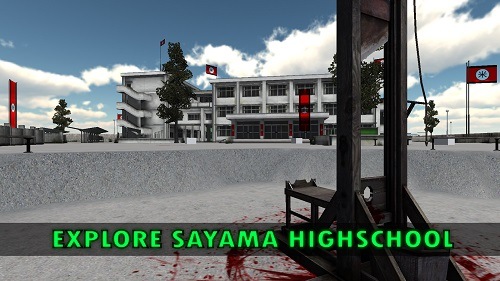 Featuring more RPG elements than most sandbox titles Schoolgirl Supervisor (ANIME) has a surprising amount of things to explore. From stats to character conditions, a range of outfit options and even a sphere skill tree there feels like a sense of progression as you play through the Android title. Avatar customisation includes lenses, hair, cat fur colours, uniforms, hair styles and accessories.

This primary gameplay is set within the Sayama Highschool itself but players can also practice the controls and get ready for a day of school in the Dreamvillage. Both of these have a list of basic quests for players to complete which requires them to move around the village or school grounds to find items. The game plans to eventually offer a fully fleshed out story mode although it was limited at the time of this review. 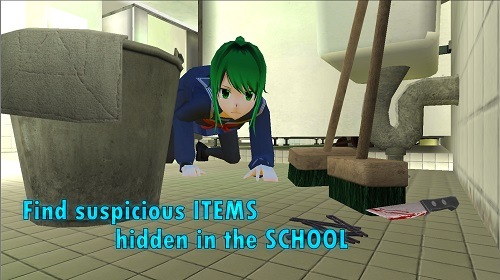 Under the surface you’ll find a wealth of features already in the game or currently being developed such as ego-shooter that lets you see first person for weapon aiming, the ability to handcuff bullies in the school and survival simulation that requires food and drink to survive.

At present Schoolgirl Supervisor (ANIME) is really just an exploration of ideas and potential that the game could have with many features currently in development or on the to do list for the developer. Despite that there is potential and already enough content to sink your teeth into.