Serious Sam 3: BFE seeks to deliver fast past first person shooting that is akin to the early shooters that gave birth to the FPS genre. 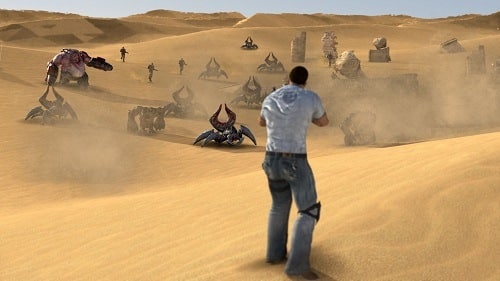 Serving as a prequel to the original Serious Sam game (The First Encounter) this edition in the franchise takes place before Sam’s previous adventures. Picking up the storyline as Sam Stone heads to Egypt with a team of Earth Defense troops to find Dr Stein players find themselves quickly entangled in a quest to save the human race.

Said quest centres around the powerful Time-lock device that was recently unearthed and believed capable of transporting a person back in time to alter events and prevent the human races demise at the hands of Mental.

The focus of Serious Sam 3: BFE is similar to the previous titles with the Serious Sam name with players mowing down large hordes of enemies in mostly open settings. Enemies include a mixture of both melee and ranged attackers who have their own tactics to take down the player.

Your options for countering these tactics include a range of 13 weapons that include the likes of assault rifle, mini gun, rocket launcher and chainsaw all of which can be carried at once for maximum carnage. Following the line of traditional shooters Serious Sam 3: BFE does not feature regenerative health, instead relying on pickups for both health and armour scattered throughout the levels. Additionally secret areas hide large stockpiles of the above along with some unique weapons which are only available in said areas. 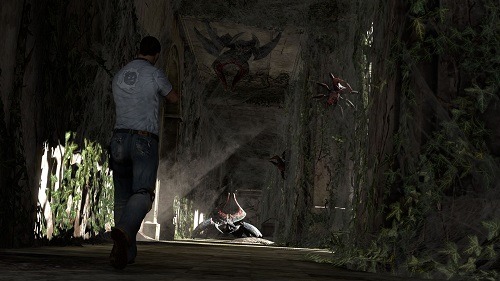 Other mechanics on offer in Serious Sam 3: BFE include basic puzzles that have players collecting keys, finding levers and uncovering environmental anomalies to advance the story. Sprinting and iron sights join the franchise for the first time although shooting is not available while sprinting.

For either the new Serious Sam player or long time fan Serious Sam 3: BFE ticks all the boxes in the traditional shooter field.

Games Finder is a Steam Curator and featured in the aggregate review scores data of MobyGames and Neoseeker.
FEATURED ON
Games Like Doom, Games Like Half Life, Games Like Halo, Games Like Quake
LEAVE A REPLY Cancel Reply