Putting you behind a settlement and mixing it with several mini games and hidden object gameplay is Settlement: Colossus. With successful mastery of the mini games and object hunting you’ll be better equipped to advance your empire through the ages. 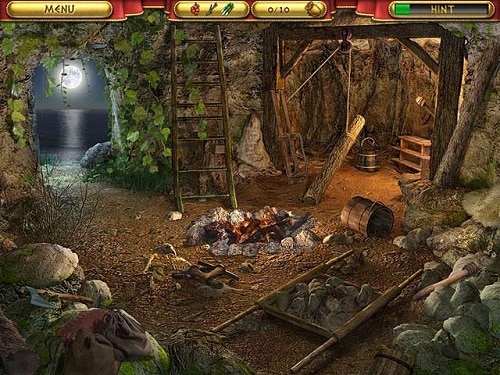 Using a traditional formula of collecting resources, research tools and expand your settlement. What makes Settlement: Colossus different though is that it blends these mechanics into a puzzle and hidden object game. Players start with a new settlement of people with the goal to turn them into an advanced society.

Your game tutorial consists of collecting berries (hidden by the lake) and brushwood from the forest floor which translate directly into your two main resources of food and wood. From here you’ll also learn the basics of researching new technologies which generally allow you to collect new more efficient resources and thus speed up your progress.

While the scenery for your hidden object puzzles is quite impressive and detailed it quickly losses its shine as you’ll constantly have to return to them for the same resources. This means that unlike other hidden object games you won’t get fresh levels or items to search for which is the significant trade off for the civilisation themed gameplay. 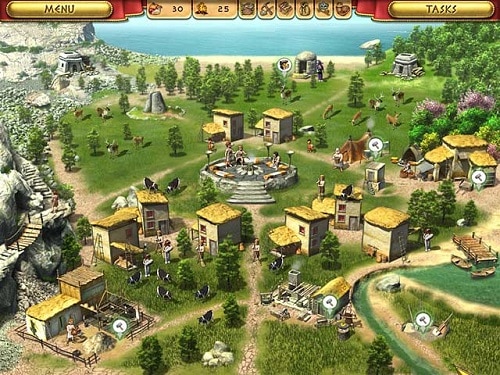 Settlement: Colossus quickly builds on itself from these simple mechanics though and before long you’ll be building important farms and schools to propel your population forward. Each of these large steps forward in society are accompanied by a simple cut scene to add some context to this evolution.

With an interesting idea behind it Settlement: Colossus definitely has appeal to those that want a little extra story and progression to their simple puzzle titles. However, you’ll expect some trade offs in the puzzle variety in order to do so.

This review was first published on December 1, 2016. Read our update policy to learn more.

Games Finder is a Steam Curator and featured in the aggregate review scores data of MobyGames and Neoseeker.
FEATURED ON
Games Like Gardenscapes
LEAVE A REPLY Cancel Reply