Seven Knights aims to bring fairness and great art design to the mobile RPG hero collecting niche with an initial iOS and Android release. With the dramatic success experienced since by Seven Knights a sequel (Seven Knights 2) has also been developed that has a similar core formula although pushes the game towards the action RPG genre. With a hero list that has over 100 diverse heroes to collect and plenty of ways to enhance their power you are in for quite the RPG progression journey. 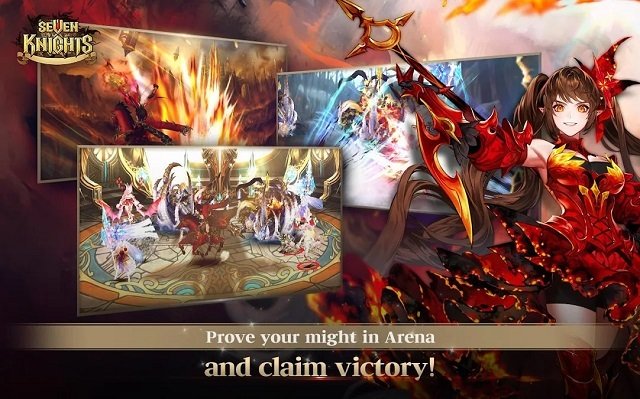 First released in the South Korean gaming market and eventually being released to the world the number of downloads and associated high review scores is a testament to the quality of Seven Knights and puts many in the genre to shame. Featuring the usual stage based campaign you’ll have over a hundred levels each with three different difficultly stages to master with your team. Each can be completed within a few minutes and is played automatically by your heroes with additional options to advance the speed and automatically cast skills if appropriate.

With this automated gameplay design you’ll find that the strategy in Seven Knights comes into your team selection and formation of up to 5 heroes. In Seven Knights this is also a literal formation mechanic with players selecting from balanced, offensive and defensive layouts which change the heroes in the frontline who get attacked more often while providing multipliers to your attackers and defenders. 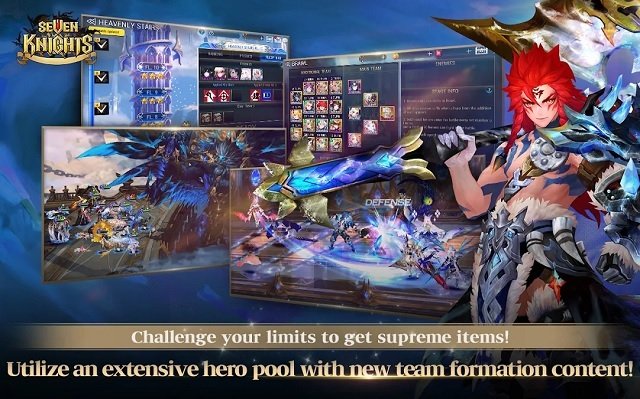 With a roster of hundreds of heroes to select from you’re definitely spoilt for choice as you handpick your favourites between tanks, strikers, priests, mages or various hybrids that fall between these broad archetypes. While each does feature their own skills you’ll often find yourself picking the strongest hero or your favourite visually as its more about having the highest damage and health numbers than a particular skill that is going to overcome your opponent.

Achieving said high numbers is where the gameplay loop of Seven Knights kicks in with players evolving and upgrading heroes through a number of mechanics to power them up. This includes sacrificing heroes you no longer need or elemental evolutions to keep your new heroes to a desired element based on a strategy you are trying to chase. Achieving either of these requires plenty of grinding of heroes though which can be done either through the standard adventure mode, daily dungeons, survival, a boss raid mode or PvP battle mode. Equipment for heroes will also rank up boosting their base stats further and giving another layer of progression to Seven Knights. 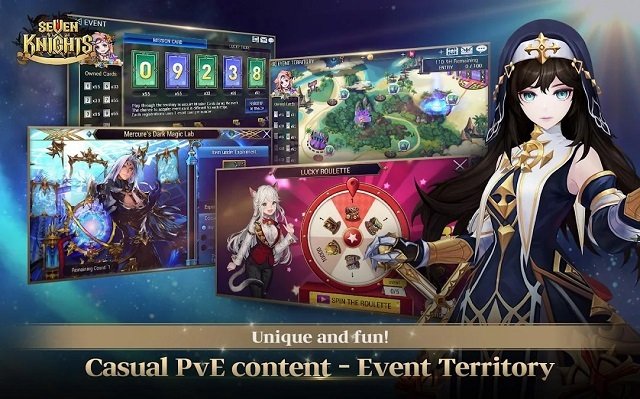 While Seven Knights was one of the original in this mobile niche of automatic hero RPGs it still continues to be one of the best in the genre despite a number of modern copycats.

Games Finder is a Steam Curator and featured in the aggregate review scores data of MobyGames and Neoseeker.
FEATURED ON
Games Like Brave Frontier, Games Like Heroes Charge, Games Like Idle Heroes, Games Like Summoners War
1 COMMENTS
LEAVE A REPLY Cancel Reply