Shadow of the Colossus is an action adventure of grand scale that was first launched in 2005 on the PlayStation 2. In time the game was remastered for PlayStation 3 (2011) and PlayStation 4 (2018) that both offered an almost identical experience to the original albeit with higher quality graphic assets. Regardless of your choice of release/platform players will find themselves in a unique fantasy setting that is centred around the adventure to defeat a number of large scale colossi that each present their own challenge. 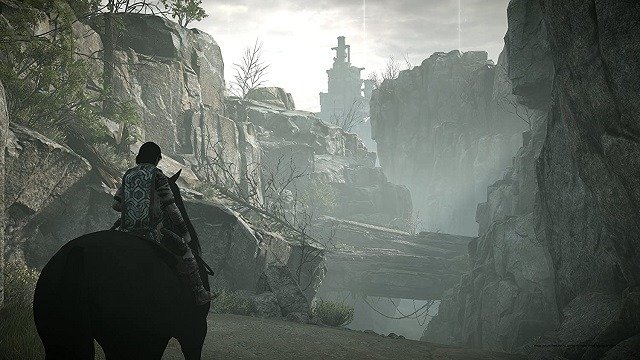 Between these battles players will find themselves in a minimalistic world that is mostly void of other characters and referred to as the Forbidden Land although there is evidence of a past civilisation through the abundance of ruins you encounter along the way. As the name suggests this is a land that is intended to be off limits in the game lore although players have taken the only narrow passage into the area in order to resurrect a girl known as Mono.

Playing as Wander and joined by their trusty horse known as Agro you quest to seek out the elusive entity known as Dormin who is said to have the power to revive the dead. Offering this power to the player provided they can defeat the 16 colossi in the realm of the Forbidden Land players embark on the difficult quest to secure Mono’s revival. In pursuit of players on their quest is the shaman Lord Emon who along with a small group of dedicated warriors attempt to stop the player from utilising the forbidden revival magic. 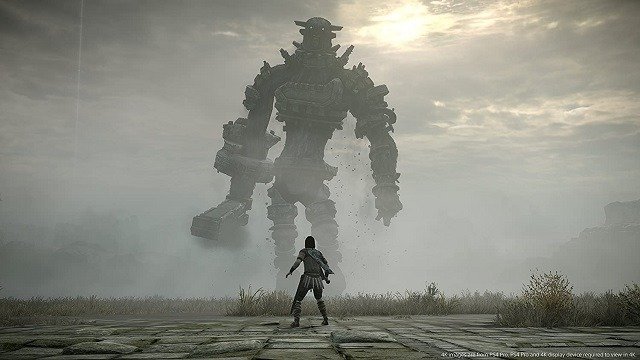 Unbeknown to players this is because of the link between the 16 colossi and the Dormin entity which would see them freed while also costing the player a significant portion of their own life essence in the process. The colossi fights are of course at the heart of your Shadow of the Colossus adventure with each one presenting a new unique enormous creature to defeat that claims a different part of the realm for themselves and predominately based on animals with humanoid like features.

In addition to the unique designs players will find varied pathway designs to locate the colossus and special combat mechanics for each that is focused towards players timing attacks on weak spots with the ancient sword that you wield. Players are guided to these locations by identifying sigil marks on the colossi itself alongside various visual indicators of damage. This culminates with large pillars of light that appear above the fallen colossi after being defeated and slowly litter the map with landmarks of your combat achievements. 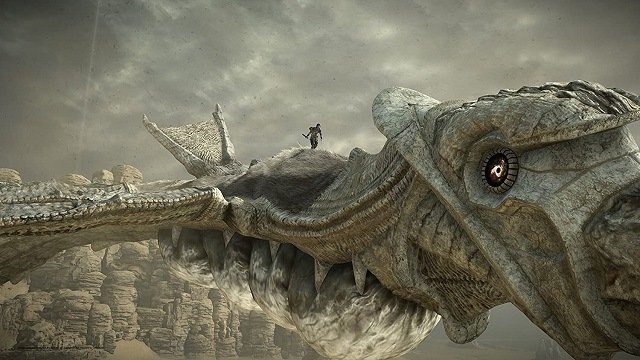 Success in combat requires players to utilise a mixture of skills and includes the above mentioned weak point identification, stamina management, timing your climbing of the colossi and utilising the surrounding environments in the process which grow increasingly complex. During these fights a heads up display for both your own health and that of the colossi provides players with consistent feedback on the fight progress in addition to the various visual cues already noted. Outside combat players also have a limited number of ways to upgrade Wander for the challenges ahead with a lizard tail obtained from the environment boosting your stamina and a rare fruit giving you additional maximum health to give you some room for error.

In between these combat sequences where players use the power of ancient sword you’ll find little puzzle, platform and exploration elements that help to pull players into the broader world and build on that sense of a small human in a colossus filled world. Many of these are also enhanced by utilising Argo to traverse the landscape and also provides some potential for horse back combat. While Shadow of the Colossus is presented as an open world action adventure and features some branching indirect pathways to your goals players will regularly find themselves returning to central hub locations before heading to the next colossi location challenge.

Shadow of the Colossus