Shadowmatic will change the way you look at the world requiring players to call on their abstract imagination to advance through this puzzling game that leverages shadows. Available for iOS and Android Shadowmatic focuses on players creating shadows of objects by using silhouettes of oddly shaped everyday and not so everyday items. 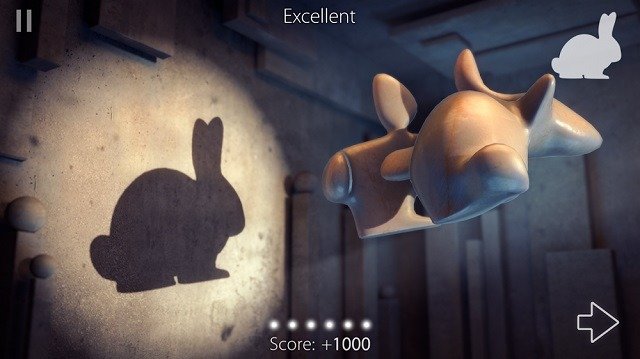 While relaxing on one thanks to the beautifully high production values Shadowmatic can also offer an extreme level of puzzle difficultly that will have many scratching their heads. Ideal for the player that isn’t shy of a challenge Shadowmatic offers over 100 levels across 12 different environments with each environment changing the theme and visuals alongside the musical accompaniment creating a great atmosphere.

Within each of these levels players will be presented with a shadow puppet style challenge where your goal shadow is displayed on the screen. From here you’ll have to manipulate the strange object on screen in order to alter the shadow projected on the nearby wall. While the controls and the general gameplay loop do take some time to master players will quickly become proficient by the end of the first environment which is just in time for the difficultly to severely ramp up and begin challenging players. 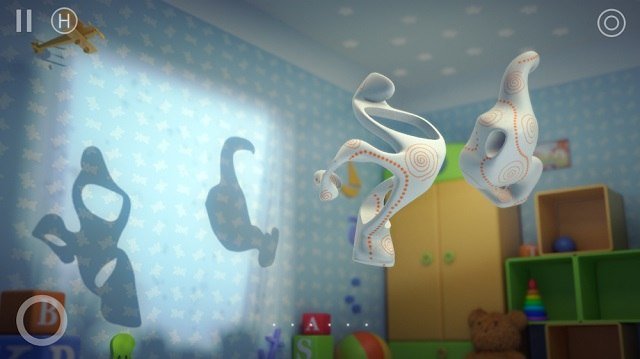 With careful rotation, manipulation and forethought though players will be surprised how the strange themed objects can create something entirely new from the shadow it projects against the nearby wall with challenges like a rabbit and seahorse amongst more complex shadow shapes (and corresponding complex items). While sometimes these items are connected together as a single item several levels do add extra complexity by featuring two or even three independent objects to rotate.

From time to time the object for rotation will be a mismatch of random shapes and items which gives a fantastic sense of discovery as you turn seemingly random objects into a perfect shadow shape. For those not content on a single discovery there are secret solutions available which will push even the die hard puzzle fan to the edge. For those moments for when you do get stuck players will slowly acquire hints as they advance which will often come in handy and can alternatively purchase extra hints through in game purchases. 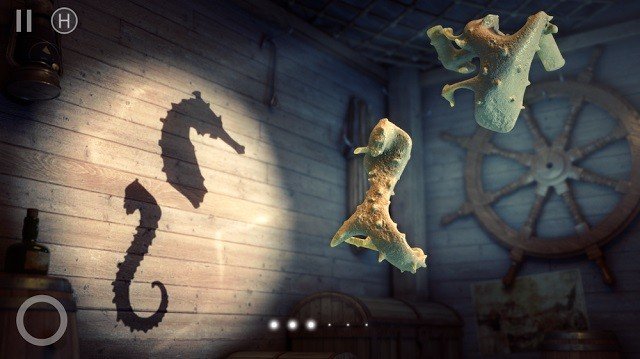 With its uniqueness, beautiful graphics and generally brain teasing puzzle design Shadowmatic is hard not to trial on your mobile device and it’s likely after the first few puzzles you’ll be hooked on what the next level brings.

This review was first published on November 17, 2014. Read our update policy to learn more.

Games Finder is a Steam Curator and featured in the aggregate review scores data of MobyGames and Neoseeker.
FEATURED ON
Games Like Monument Valley, Games Like The Room
LEAVE A REPLY Cancel Reply