Shadowrun: Dragonfall started its life as an expansion pack for Shadowrun Returns but was eventually reworked into a complete standalone game with a number of improvements to the mechanics of the first release. With a broader amount of content your distinct adventure mixture of magic, cyberpunk, tactical combat and RPG elements will take you dozens upon dozens of hours to master. The success of this re-release version has also made the game a staple for strategy fans that crave unique adventures and deep compelling story driven gameplay. If you’ve played the DLC in the past you’ll now find a handful of new missions, a fresh combat system for added tactical depth, new interfaces and a broader array of team customisation. 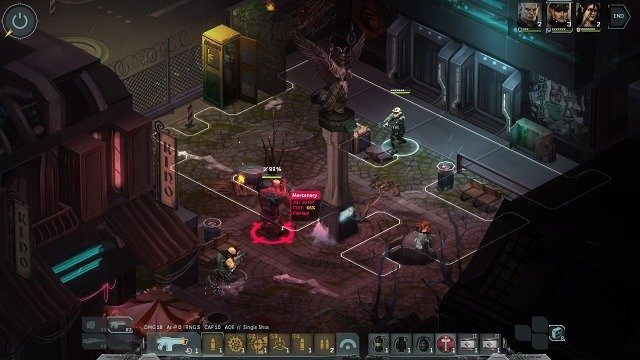 Set in the year 2054 in Berlin, Germany the setting for your adventure involves a world full of unchecked technological advancements that have made the lines of organic and machine blurred. With a backdrop of greedy corporations, elves and trolls there is a lot of elements at work to create a story and setting that you wouldn’t have come across before in your gaming adventures. Stepping into this unique world as a shadowrunner mercenary that specialists in stealth and supported with a team that has their own special tools you’ll find that your first mission together is a setup. Spending your  campaign hunting those that wronged your team while uncovering a more sinister plot is what players can expect as Shadowrun: Dragonfall progresses.

Players will quickly realise that it’s a shattered world and with a new threat rising in the dark shadows there is plenty of starvation amongst the population but also a large amount of opportunity to earn some coin as a shadowrunner team. This small team will be made up of characters with their own backstory and distinct skill sets which slowly grow over the course of your 20 or so hour adventure. For the most part this character development is free flowing to let you mix and match archetypes together to fill whatever niche you want on your battle team. 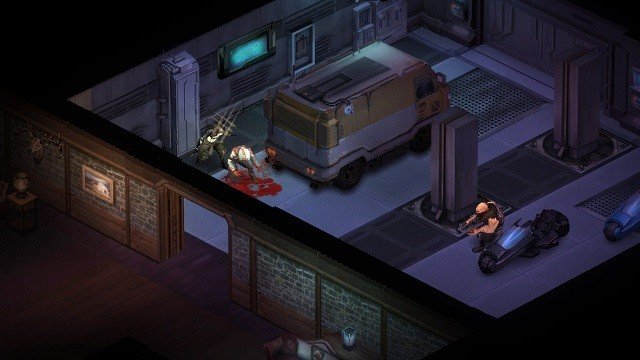 Each of these Shadowrun archetypes has similarities to familiar roleplaying roles that seasoned players will recognise. This includes the street samurai, mages, shamans, physical adepts, riggers and deckers that range from traditional fighters, magical attackers, hybrids, robotic rangers and control focused hackers. All of these options of course have their own weapon focus and sufficient diversity of how they can be built to perform their role along a spectrum of options.

Your relationship with your chosen characters in Shadowrun: Dragonfall will also grow through decision based dialogue that lets you drive the story into one of the multiple game endings. All up you can expect to encounter over 200 weapons and spells in the tactical combat that combines melee combat, ranged attacks and cover based map layouts to give you plenty of choice before and in the thick of battle. Strategic decisions are also kept high given the foundation of turn based tactics mechanics that let you play out your move based on available information. 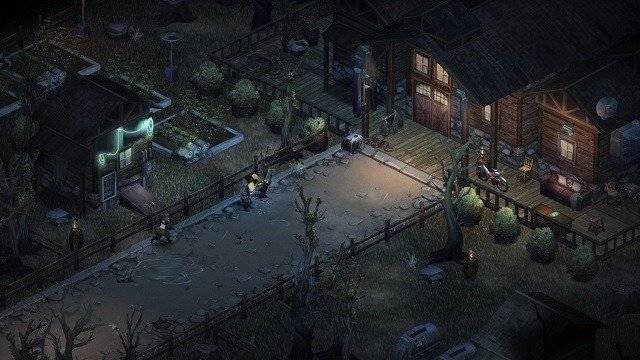 Unlike other strategy games in the genre that are purely a numbers affair where you need to push your attack numbers beyond that of your enemy Shadowrun: Dragonfall focuses on gaining a tactical positioning advantage instead. The result is an increased sense of situations that you need to think carefully through your battlefield formation particularly given the well-tuned AI that constantly throws up a challenge. This results in the Shadowrun: Dragonfall experience simply oozing combat quality and with a story that you get to drive through one of the most unique settings in the video game industry you’ll find one of the best tactical strategy combat in recent years that is a joy from start to end.