The third instalment in the science fiction tactical genre of Shadowrun is Shadowrun: Hong Kong. Offering the same high quality experience as those before it the game is packed full of features thanks to it’s hugely successful Kickstarter campaign to develop these additional features. 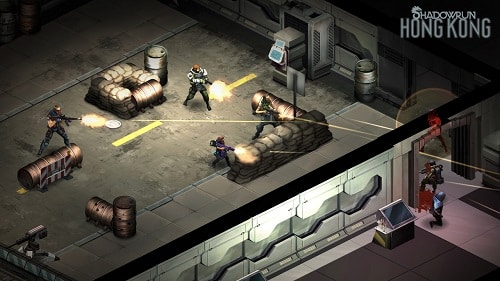 This list of extras includes new art, better UI, improved music and many other touch ups that have been long requested by followers of the franchise,

Set in the year 2056 this futuristic adventure is set in the heart of the Hong Kong Free Enterprise Zone, a city that is uniquely run by corporations. Your role in this game is one of an orphan from the streets of Seattle that has recently been released from imprisonment that was actioned by said mega corporations. By meeting up with characters from your past your story begins.

Shadowrun: Hong Kong uses impressive 3D models to tell this story which is then paired with an isometric view and the tactical turn based gameplay of previous titles. Everything has the same technology and magic mix, a staple of the franchise.

Controlling your team of fighters gamers will take turns moving, attacking, casting a spell or using an item. Each of these actions cost AP, characters start with a base of 2 although this can change with abilities and items. With hundreds of these skills, spells and items choice and thus strategic depth is no issue. 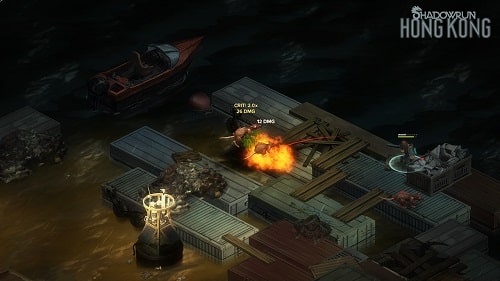 All characters come with their own backstories and flaws which you’ll have to consider when you approach combat. Shadowrun: Hong Kong also does a particular good job at building your relationships with these characters and exploring their own side adventures if you choose to.

Old and new Shadowrun fans alike are well looked after in this third impressive game that improves on what has already one of the most high quality turn based RPGs around.