Shadows: Heretic Kingdoms is a dark isometric action RPG with unique boss battles, a nightmarish atmosphere and the ability to switch characters on the fly. This design allows Shadow: Heretic Kingdoms to offer a similar dark setting to the AAA titles in the genre while giving you more flexibility than the usually rigid class structures that they have historically employed. This combination makes it ideal for action RPG fanatics that desire more of the genre without the purchase cost of the leading games and don’t feel like committing to a single class for the 20hr odd adventure. 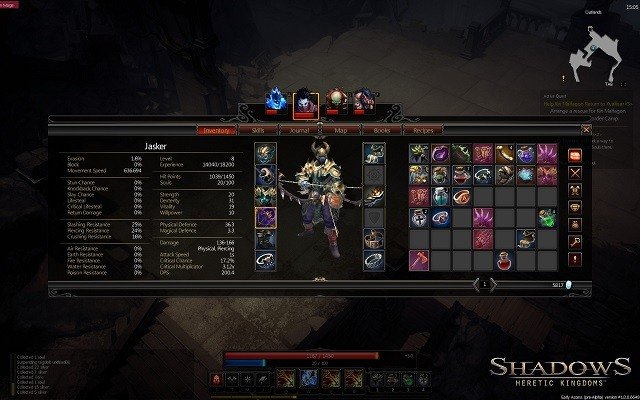 Shadows: Heretic Kingdoms explores a world in a current state of uneasy peace with a history of tyrants and bloody rebellions scarring the land that players adventure through. Tensions are once again high between the inhabitants of the game world and a scramble for power will once again bring the kingdoms to their knees with players finding themselves as a key player in the adventure ahead.

Unlike other games where you’ll be stepping into the boots of a hero, Shadows: Hectic Kingdoms instead has you playing the role of the Devourer, a powerful species of demon with the ability to travel between the human and shadow worlds. Playing as the Devourer also grants players the ability to consume the souls of their enemies which makes them controllable in the living world and serving as puppets to the Devourer that consumed their soul (a mechanic that is used throughout the story as well). 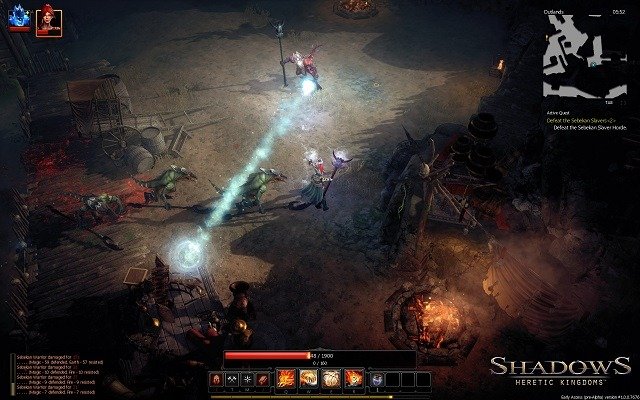 The devour system also lets players have up to three party members join their adventure for a total of 4 different characters under the players control. While only one can be active at a time this allows players more strategic depth and keeps the experience fresh from start to end as you swap between them. With just over a dozen characters available the variety ensures everyone will have a favourite hack and slash warrior, mage or rogue archetype from the list of options and is an interesting way to add class diversity into the mix.

Freedom of choice doesn’t end at the party system either with players also given freedom over how the storyline develops throughout the main plot at certain points. With moral dilemmas built into most of the quests it’s up to the player if they want to help the world avoid darkness or push it further towards it although the storyline does eventually come back together for the key plot points reducing the impact of some of your choices beyond the immediate story. 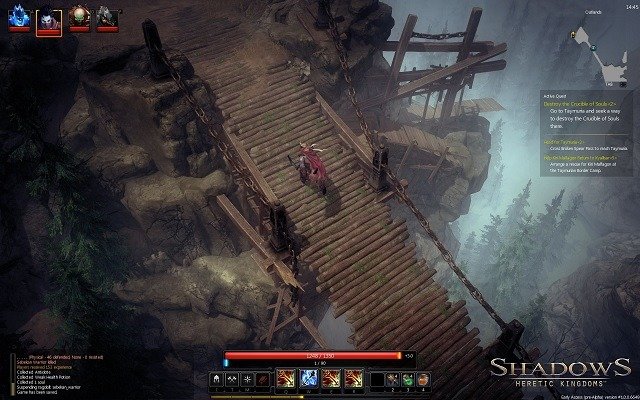 The most unique feature of Shadows: Heretic Kingdoms though is the ability to switch between the world of the living and the dead (where you’ll return to your true form). While both of these worlds have their own monsters that threaten the player each world offers its own quests and secrets which does encourage exploration in what is usually a fairly linear genre and essentially doubles the amount of map space on offer.

The dark nature of Shadows: Heretic Kingdoms, ability to craft your team and drive the story make it attractive to fans of action RPGs although the slower pacing compared to similar games might throw a few people off.