Shattered Union is a turn based game available for Windows and Xbox (Xbox 360 with backwards compatibility) that focuses on the combat side of strategy games with a war themed tactical experience. Primarily a turn based strategy adventure Shattered Union is a challenging title set in the modern day era where you’ll use familiar units across the United States backdrop. 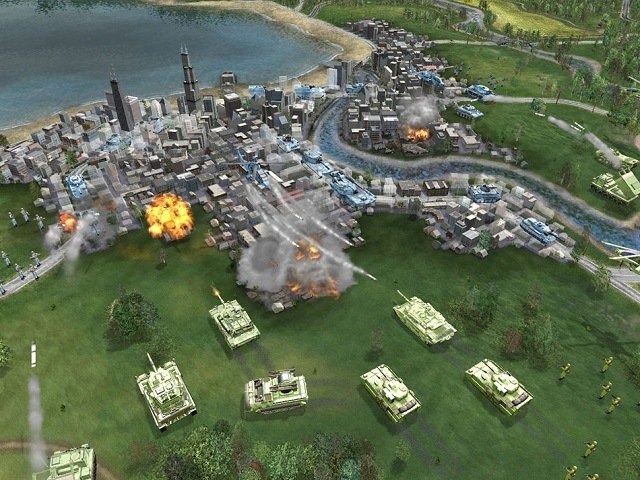 Set within an alternate timeline of the real world Shattered Union explores a fractured United States with players able to control a wealth of realistic factions that are linked towards the different states. This setting is established after a tied vote and disputed election the United States begins to crumble from all sides. This fictional election event leads the equally fictional David Jefferson Adams to become President of the United States under some false pretences which eventually leads to an escalation to a nuclear attack in Washington D.C. destroying most of the city and Adams himself.

Serving as the last straw to the crisis from here a civil war breaks out across the entire United States with a struggle for power and control split across state lines. In time the European Union Parliament and Russia get involved to further complicate the strategy challenge before you. In its weakened state these countries join the war in order to claim control of their own piece of the rich lands of America and concludes with different endings depending on how players perform during the game with their reputation and success at the final assault. 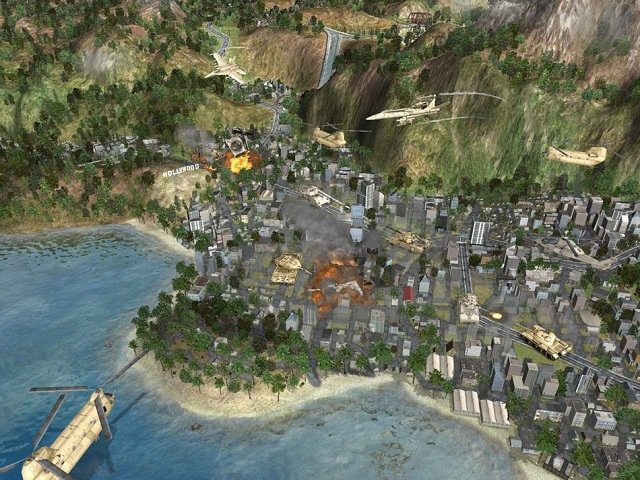 Gameplay of Shattered Union uses a grid system to split the United States into the various factions now assuming control of the country. These factions contain the bulk of American states and are known as the California Commonwealth, Commonwealth of Hawaii, Confederacy, European Union Occupation, Great Plains Federation, New England Alliance, Pacifica, Republic of Texas and Russia. While some are not playable factions or limited to multiplayer gameplay the vast majority are available for the story based campaign of conquering the United States.

With the stage set from here Shattered Union uses a turn based round system for attacking and generating resources which turn based fans will instantly recognise from other games in the genre. Each of the territories have their own environments and benefits to the player which need to be considered from both an economic and military position. For example moving through cities will boost your speed and defence while other terrain such as rivers will slow the players advance. 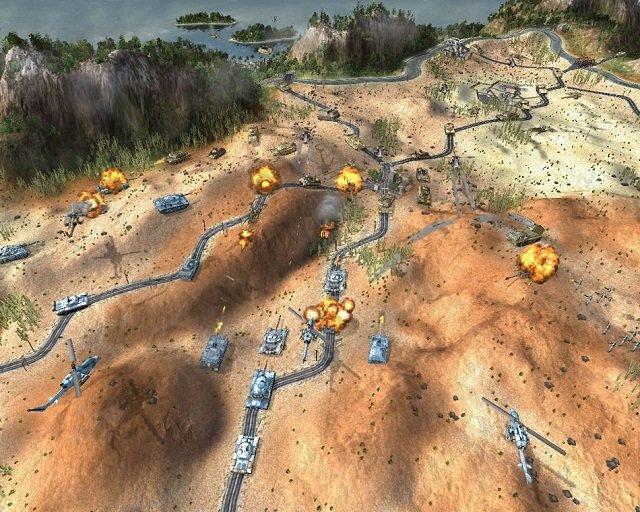 Your choice of playable faction will impact your starting area, units and special powers which results in each having a different strategy that needs to be employed. The California Commonwealth for example starts with Arizona and California and have a unique heavy support tank known as the FCS Jackson that combines flamethrower and missile weapon platforms in one to counter infantry units and lightly armoured vehicles.

This is just the surface of unit choice though with all factions having a deadly mixture of infantry, light armour vehicles, medium armour vehicles, heavy armour vehicles, anti-air, artillery, helicopters, fighters and bombers to utilise in their strategy decisions. Within each of these categories you’ll have 2 or 3 specific unit options that each have their own statistics as you ultimately attempt to claim all of the United States or hold the key objective towns.