Shin Megami Tensei: Devil Survivor belongs to the highly popular series of actions games and opts to mix several genres together to create a tactical role playing experience for the Nintendo DS. With multiple endings and paths to take throughout the story combining with so many different team setups it’s a game with high replay value as players can opt to take alternative paths or change their team composition between playthroughs for a different adventure. 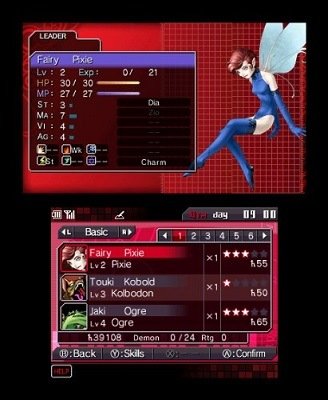 Set in modern day Tokyo the game explores the struggle of a teenager and his friends as an outbreak of demons consumes the city around them through violent acts and general chaos. Paired with your new found ability to see the remaining life force of those around you players adventure onwards to stop as many deaths as possible across Tokyo. From time to time throughout the story these demons also side with the player against their own kind which while useful only helps to accelerate the chaos that is forming. In addition to being a plot driving feature commanding these demonic forces is also a key combat mechanic with players carefully selecting from the friendly demonic options and even fusing them together to create entirely new deadly demon breeds for your party.

All of this is done while exploring the city of Tokyo which continually expands throughout your adventure with new areas and changing core landscapes. This exploration is used as the main driver of story and gives players the opportunity to discover additional information and lore on the demon invaders. Lastly, it also serves as a backdrop to your combat encounters which are experienced through individual scenarios with a primary objective. 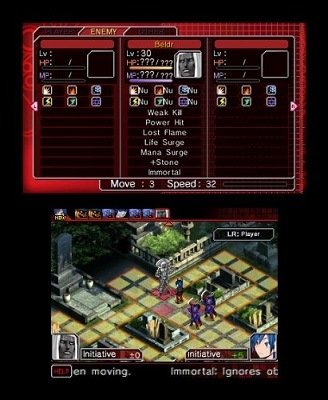 While the majority of these require the defeat of all enemies on the map players will occasionally have to protect a particular unit or stop an enemy from escaping the map to provide some variation. Some of the decisions you make during this exploration and battles also impacts the broader storyline which results in an entirely different game ending.

These fights are squad based affairs (up to 4 under the players control) with each consisting of a leader and two supporting demon characters that can only continue to fight as long as the leader is not incapacitated. Enemies function on the same principle though which can sometimes be used strategically to bring about the leaders demise so that the remaining squad members disband. Mechanically the remainder of Shin Megami Tensei: Devil Survivor combat stays true to the tactical strategy genre offering opportunities for players to move, attack, heal, buff and summon during a specific turn which needs to be weighed up against a range of factors including the enemies weaknesses for bonus attacks. 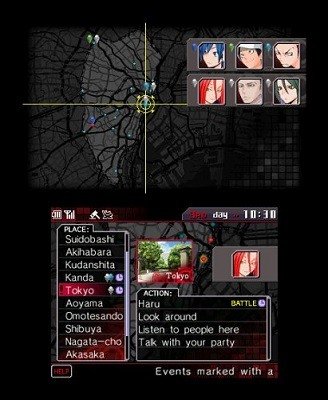 These fundamentals also come with the necessary experience mechanics that see your efforts rewarded with experience and currency (macca) to be invested back into items or additional demons to give you greater strategic options. Players can even learn skills from the enemy using the unique skill cracking mechanic that requires careful precision and planning to ensure success.

With the potential for multiple endings and squad layouts Shin Megami Tensei: Devil Survivor provides the basic foundation for more than a single playthrough with subsequent adventures ensuring you can experience everything on offer. The hindrance to this though is the slow pacing of battles that not everyone will want to slog through for a second time.

Games Finder is a Steam Curator and featured in the aggregate review scores data of MobyGames and Neoseeker.
FEATURED ON
Games Like Advance Wars, Games Like Final Fantasy, Games Like Fire Emblem
LEAVE A REPLY Cancel Reply