Shin Megami Tensei: Persona 4 is a Japanese RPG that has you taking on the role of a high school student. The game originally launched on PlayStation 2 in 2008 and received an enhanced Golden edition in 2012 for the PlayStation Vita. 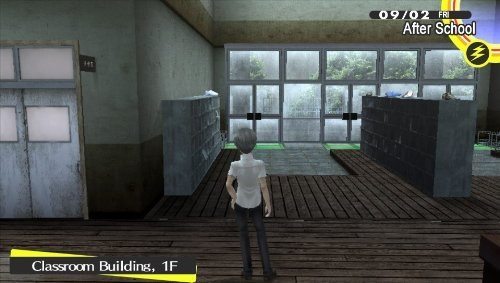 The game is set in a rural town with emphasis on the high school and its students. Players take control of one of these high school students who has recently moved from a large city. During this time a string of extremely odd murders take place that involve the unlikeliest of culprits, televisions.

The protagonist and a few of your newly found friends deicide to investigate and make contact with a TV World where you meet Teddie, a television character that resembles a teddy bear. From here you take it upon yourself to solve the mysterious link between this TV World and the recent murders.

In Persona 4 players will have to manage their real life (which plays out like a simulation game) with the dungeon crawling side in the TV World. These dungeons are randomly generated with unique themes that are pulled from the victim that the player is currently trying to rescue. In these dungeons players will encounter enemies (known as shadows) which the player battles in turn based combat. 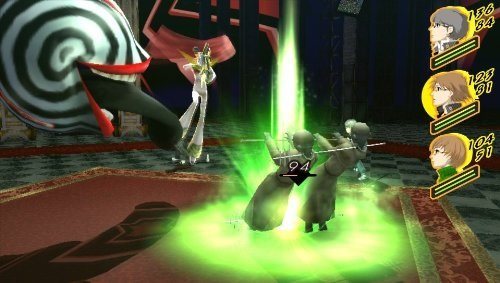 Gameplay in the real world side of Persona 4 is extremely varied with players having plenty of activities in the game world to keep them busy. Since the game is a RPG most of these activities will increase your characters stats or wallet in one way or another. The majority of these stat boosts come from your part-time job which can involve working at the hospital, babysitting, working as a translator and more. Being social with classmates is also very important to develop social links with other game characters.

The depth and freedom that Persona 4 offers the player is simply outstanding and needs several play throughs to get the full experience since there are just so many ways to approach the gameplay.

Games Finder is a Steam Curator and featured in the aggregate review scores data of MobyGames and Neoseeker.
FEATURED ON
Games Like Bully, Games Like Final Fantasy, Games Like Yandere Simulator
LEAVE A REPLY Cancel Reply