Shovel Knight is a popular indie title that offers 2D side scrolling where you’ll use your trust shovel and carefully timed jumps to conquer a diverse range of landscapes and situations. Born out of a Kickstarter campaign for the Steam, Wii U and 3DS release the success of Shovel Knight has seen it expanded onto a range of other modern platforms along with various 2014 game awards. Later campaigns of Plague of Shadows, Specter of Torment and King of Cards built on the original story are now available in a complete edition called Shovel Knight: Treasure Trove. 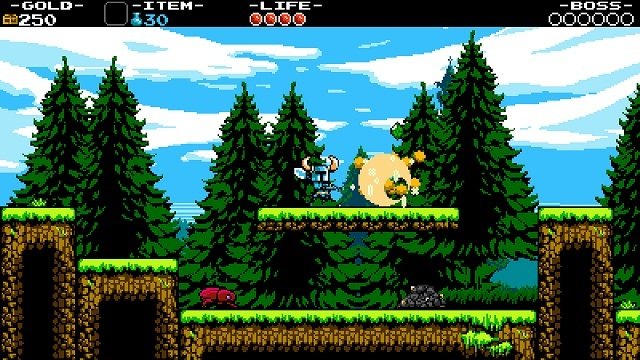 Playing as Shovel Knight who imposed a long exile on himself after losing his beloved Shield Knight to a cursed relic  in the Tower of Fate players return to civilisation to find that the evil Enchantress has risen in power and taken over the land. With the Tower of Fate now once again open Shovel Knight makes a move towards the tower in hopes of being able to rescue Shield Knight. In your way however are the The Order of No Quarter which is made up of 8 knights that are dispatched by the evil ruler to prevent you from achieving your quest.

Taking place in 2D Shovel Knight plays like a classic side scrolling platform title and even features an 8-bit art style of years long past. Your main weapon for this adventure is your trusty shovel which can dispatch enemies, be used as a pogo stick or dig up hidden treasure. Despite the basic fundamentals Shovel Knight does a wonderful job of incorporating this into diverse level designs to ensure the adventure remains fun and challenging throughout. 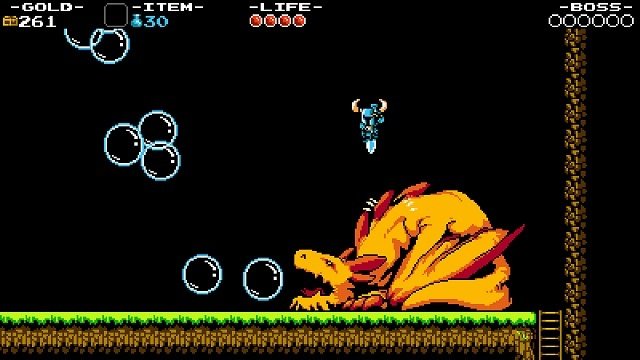 Collecting said treasure allows the player to purchase secondary items from a travelling salesman hidden across the levels to enhance your powers through various relics. These items are limited in use by your supply of magic but offer an alternative option to clear the environment or a deadly opponent and again builds on the variety of the Shovel Knight world. Relics include a flare wand capable of shooting fire balls, a phase locket to make you temporarily immune to damage and many other offensive, defensive or utility based relics. Treasure is also vital for other character upgrades to health and magic giving this 2D platform title some light RPG elements.

All of this will need to be used to maximum effect alongside careful platforming if players are to defeat the bosses located at the end of each level although includes a number of mechanics to create your own difficulty such as including various cheats. Those that really want to live life on the shovel’s edge can opt to destroy vital checkpoints for extra treasure. If that isn’t enough, further challenge is available in the New Game Plus mode at the completion of your first playthrough allowing for both beginner and advanced gamers to be adequately challenged. 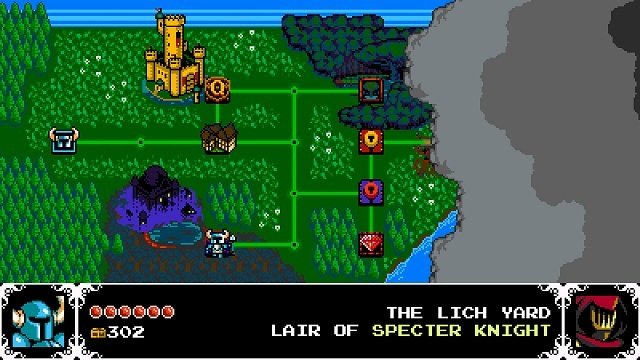 Ideal for fans of traditional platform elements but wanting something with a little bit of RPG thrown while exploring a unique game setting Shovel Knight is an excitingly different adventure.

This review was first published on October 3, 2015. Read our update policy to learn more.