Sid Meier’s Pirates! is an extremely popular game that has players sailing across the seas with plenty of freedom in how you explore the world and the actions you take. The games idea was originally envisioned in 1987 but was remade in 2004 and subsequently released on a wide range of platforms. 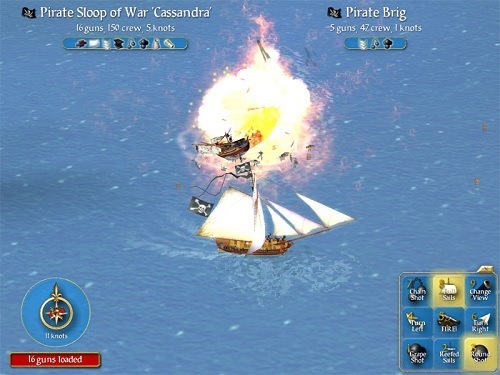 The game is set in the Carribean islands with players able to sail across the seas and visit the various ports scattered around the area. These islands belong to the English, Dutch, Spanish or French and can change hands by themselves or based on player actions. Players can side with factions or try to remain neutral throughout their adventure.

In the game players assume the role of a single character who has his parents taken from him as a child. You join the game a decade later when the player is a young adult who starts a mutiny on the ship he is currently travelling on which promotes him to the rank of captain. While finding the players family is the main goal of the game players can participate in a huge range of other activities. 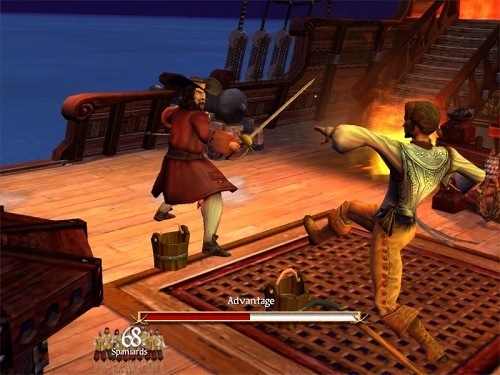 Each of these activities is extremely varied and includes sword fighting, naval battles, land assaults and even dancing. Sid Meier’s Pirates! calls on the player to take on many roles in the game and use a variety of skills. While the range of activities is huge all of them use a simple control scheme which makes every game aspect extremely approachable.

Players can also hunt other pirates, follow treasure maps to riches and even marry one of the governor’s daughters. The sheer amount of options in Sid Meier’s Pirates! means there is hours upon hours of gameplay to be enjoyed.

Games Finder is a Steam Curator and featured in the aggregate review scores data of MobyGames and Neoseeker.
FEATURED ON
Games Like Mount and Blade
LEAVE A REPLY Cancel Reply