Sid Meier’s Railroads lets players take control of the railways in a addicting and fun business simulation environment that encourages you to become the railroad tycoon you’ve always dreamed to be. The game is the successor to Railroad Tycoon 3 with a similar feature set and was developed by Sid Meier for Windows (2006) with a Mac release being published several years later (2012).

From the surface Sid Meier’s Railroads is a 3D business simulation/tycoon game but also incorporates a healthy amount of real time strategy elements into the gameplay loop to test your tactical business acumen. Sid Meier’s Railroads offers a decent single player core experience with AI opponents and various configurable settings but likely many thrives in a multiplayer environment especially if you want an extra challenge or show off your tycoon prowess to friends. 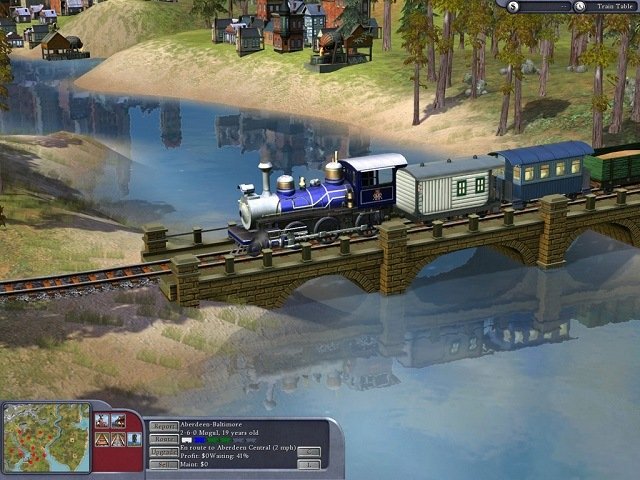 Unlike the Railroad Tycoon series though you’ll find this experience less focused on realistic simulation of railways and their operations which might turn. Instead Sid Meier’s Railroads focuses more on the economical side of things and will have players managing both the macro and micro economy elements of railroad operations. In Sid Meier’s Railroads this means players are in charge of building railroads to support various industries while seeking to make a handy profit along the way for the risk.

These industries vary greatly depending on the time and location that the game takes place in which shifts over time in the campaign mode or can be selected in the sandbox mode for a particular experience. Popular items such as beer, food, gold and oil will make regular appearances throughout these decades regardless and the clear links to real world industries removes the abstract elements often present in these games and gives you a tangible feeling to back your efforts. 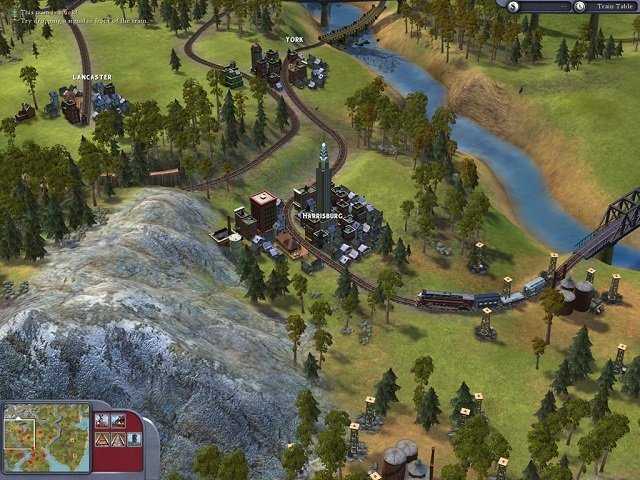 Technological growth also plays a vital role in Sid Meier’s Railroads with the year based gameplay with new upgrades never far around the corner for players to modify their strategy and hopefully improve profits. However, an interesting mechanic is the right to use these new technologies are locked behind being the highest bidder (giving them 10 years of exclusive use) which can really shift the level of power up or down if the technology is used to maximum effect or not.

Sid Meier’s Railroads also offers simpler track building compared to its predecessors with most of it being an automated process so players can focus on the economic side of things rather than being frustrated that their dream railroad track won’t connect. That isn’t to say there isn’t some flexibility that ties into your strategic choice of track placement but you simply won’t have to fiddle for minutes on end to make it work. 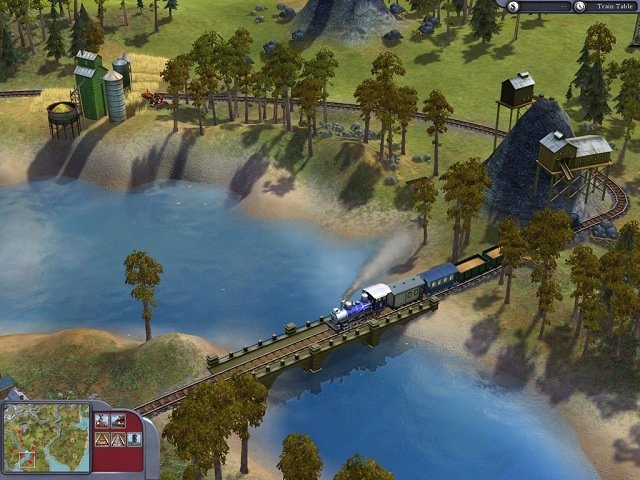 Overall Sid Meier’s Railroads is a slimmed down version of the popular Railroad Tycoon series which is seemingly what the intention of the game is, hoping to appeal to a casual audience that enjoys balancing the books and playing along to make key competitive decisions rather than building the ultimate customised Railroad empire from the micro level.