Silent Storm is a classic tactical RPG released in 2003, following the events of World War II within Europe the game also incorporates some fictionalised and science fiction elements to create a unique story against a familiar historical backdrop. In addition to the original game an expansion called Sentinels was released a year later and bundled together in the Silent Storm Gold edition which improves on the core adventure by adding additional story and strategy. 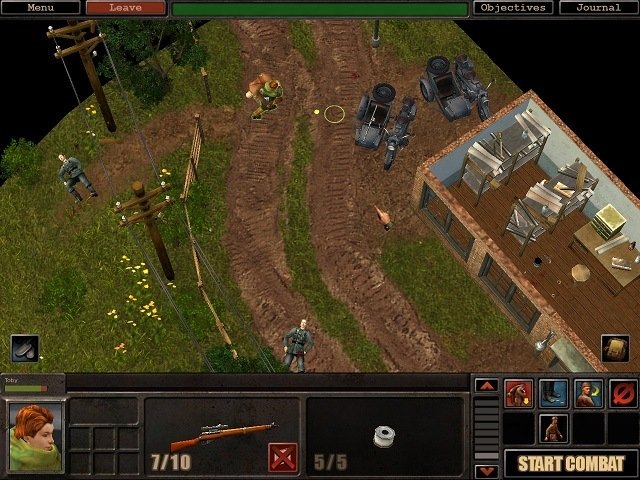 Set deep within World War II and pulling in elements of an alternate timeline Silent Storm follows the THO (Thor’s Hammer Organization) as they seek to use their European connections to dominate the world from their seat of power. In order to do so THO carefully spread their advanced technology between both sides of the war to ensure they devastate each other to such a degree that THO can then rise to power from the ashes. One such recurring technology is the Panzerkleins who are immune to small arms fire and drastically change the battlefield landscape of World War II because of this and require significant firepower to stop.

Gameplay centres around players creating and commanding a team of up to 6 soldiers that have aligned themselves with Axis or Allied forces with enough variation between each that many fans opt to experience two playthroughs at a minimum. Each soldier plays a different role on the battlefield ranging from medic, sniper, scout, soldier, engineer and grenadier and associated strengths and weaknesses that need to be considered in all tactical decisions. 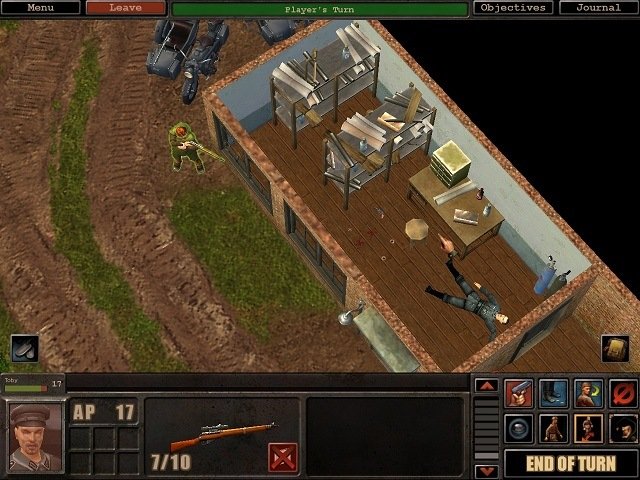 Beyond the first mission players gain access to an entire army base complete with med bay, armoury, personnel and hanger for Panzerklein where you can upgrade all manner of soldier stats. This allows players to improve and heal their soldiers while also selecting 6 for the next mission from a maximum pool of 20 depending on the skills required which helps build a sense of an army unit that selects the best soldiers for the job at hand.

When completing a particular mission you’ll find a familiar interface and tactical mechanics in Silent Storm with players  responsible for movement and attack commands of units in a turn based manner. To complicate matters a pool of random events also sits behind the game that can throw a spanner in even the most well planned assaults. 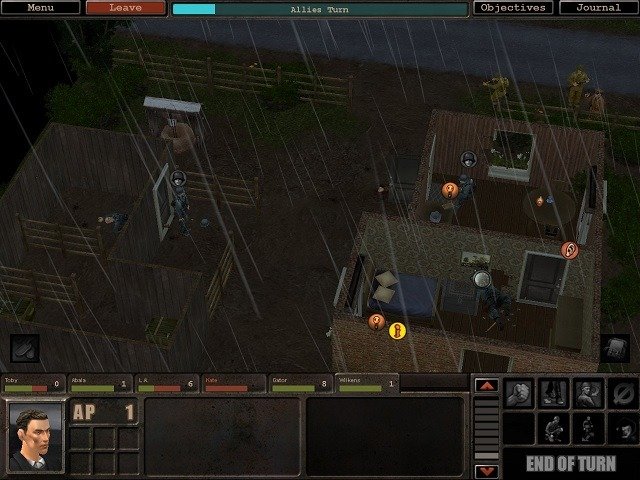 All of this is wrapped in an authentic albeit altered World War II setting with many pieces of equipment, weaponry and locations being reproduced with great detail. As mentioned some elements have been altered to include science fiction components, most notably the aforementioned Panzerkleins (small tanks) and energy weapons but they are introduced in a way that maintains the World War II realism.

For its time Silent Storm also included an advanced physics engine that makes nearly all structures destructible within the game world, allowing the player to create new paths through the environment for tactical benefit and similarly the enemy can use to catch players off guard. This physics engine also expands to the likes of ragdoll and bullet ricochet to create a more realistic and sometimes cinematic game.