Singularity is a first person shooter released in 2010 that constantly throws new mechanics at the player which all have a science fiction theme and provide new combat functionality. While FPS is the core of the adventure with players needing to use their diverse weapon roster against the strange power that is threatening to rip the world apart you’ll also find a number of notable mechanics that allow it to be more than just a shooter such as your ability to manipulate time around you. The result is a linear shooter game with horror themes but one that allows players to seek out their own pathway through the different combat segments. 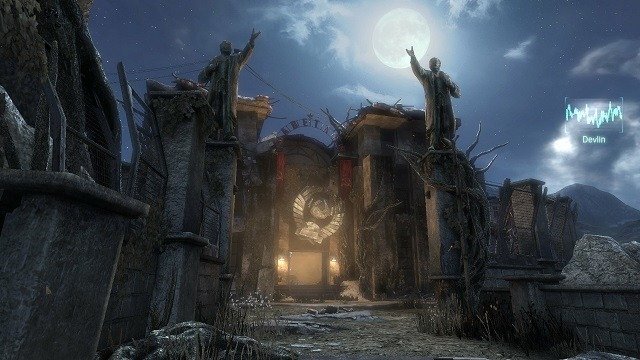 Players assume the role of Captain Nathaniel Renko, a special agent who is sent to investigate a strange power surge on an uninhabited island which is known as Katorga-12. While on their way to the island the player is struck by a similar electromagnetic surge that was originally detected and as a result finds themselves sent back in time to 1955. While in this time zone the player accidently intervenes in an event by saving a scientist which alters the course of history and turns the Soviet Union into the world’s greatest power in the present day. Singularity centres around a powerful element known as Element 99 (E-99) that helps with time travel and other applications with this featured heavily in many propaganda style posters and messages throughout the story which are presented in a similar manner to the popular BioShock series.

In order to return the world to the normal order players will have to find a way to travel back to 1955 and make sure that events happen the way that they should have. Supported by a resistance movement (Mir-12) and a time manipulation device (TMD) you’ll have just that opportunity provided you can fight your way to your objective. Singularity ends with several different options available to the player which will once again shape the future of the game world. 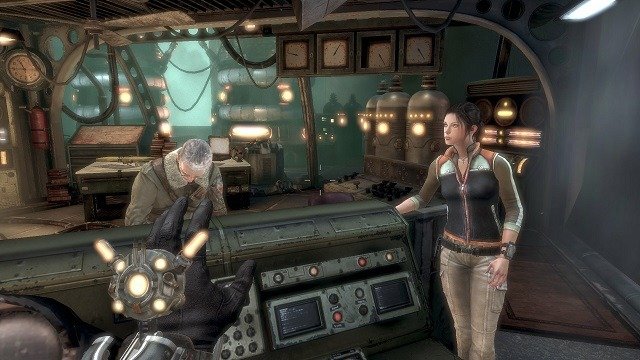 While the game features many standard shooter elements and an array of weapons that players would expect in any game Singularity does offer a host of unique mechanics which are slowly unlocked as you play further. Familiar weapons include the likes of an assault rifle, shotgun and sniper rifle that are an effective tool for the various soldier enemies you’ll encounter. Alongside these standard weapons though are your special variants that can be used for a limited period of time as Renko such as the seeker weapon which is particularly enjoyable as it lets you control the bullet flight path to help you deal with pesky enemies that are hiding behind cover in a unique way

The most important of these combat mechanics though is the time manipulation device (TMD) which lets players turn back the clock on objects and humans (or turn it forward). This allows players to literally turn enemies into dust (although not elite enemies that have armour to protect against the powers of E-99), bring a barrel or box back from a decayed state or destroy the environment by fast forwarding time and the primary mechanic that differentiates Singularity from other titles. 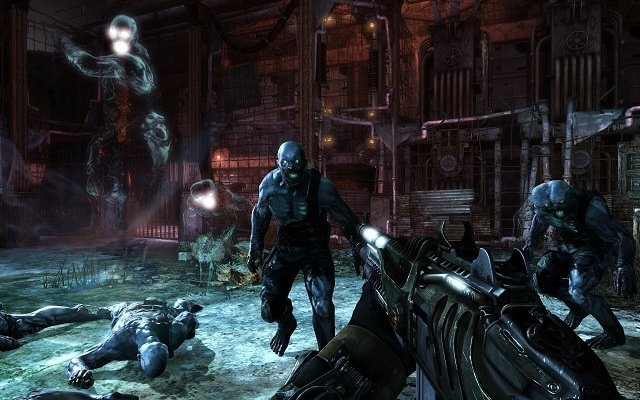 In certain situations players will also jump entirely between the present day and 1955 in order to gain the upper edge on enemies. Players can even customise and upgrade their TMD to provide extra stat bonuses and perks that either unlock entirely new mechanics or improve the speed of its core functions. Standard weapons have similar upgrade paths although simpler with a focus on reload time, damage and clip size to give you a light sense of progression throughout the campaign story.

This review was first published on June 25, 2014. Read our update policy to learn more.