Sir, You Are Being Hunted is one of the more unique games to be released in recent years with its offering of stealth gameplay combined with free roaming sandbox mechanics. As the name might suggest players spend their time being hunted in a procedurally generated game world by killer robots. Unlike the zombies, mutants or humans of other games these British themed robot opponents give Sir, You Are Being Hunted a unique setting over other stealth and survival titles. 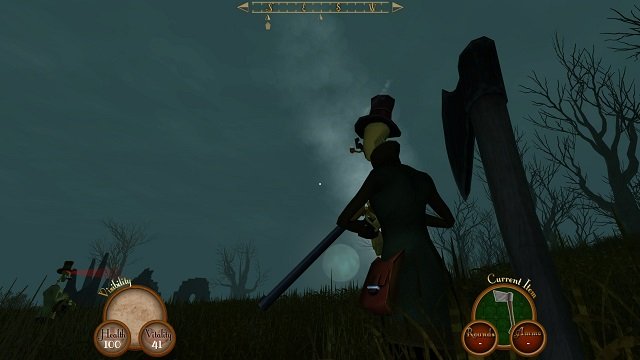 Players find themselves in this predicament after a failed experiment leaves you stranded in the robot dominated world. Escaping is accordingly your prime game objective which requires to locate and bring back a series of relics (17 total) to the rune stones and allow you to teleport to safety. With these scattered across five islands this is no easy task and particularly so if the robot AI finds themselves as they will fortify the position around the area.

With each additional stone you obtain this AI will also incrementally increase the number of robots and the type of robot by introducing new difficult robot enemies. In total you’ll have 9 different variants to contend with which in combination can trap the player. One staple robot of each island is the deadly balloon that serves as the primary robot scout high up in the sky and follows a random path to try lock the player underneath its spotlight. If located the balloon will alert the hunter who serves as the primary enemy of Sir, You Are Being Hunted and also have the most diverse AI. 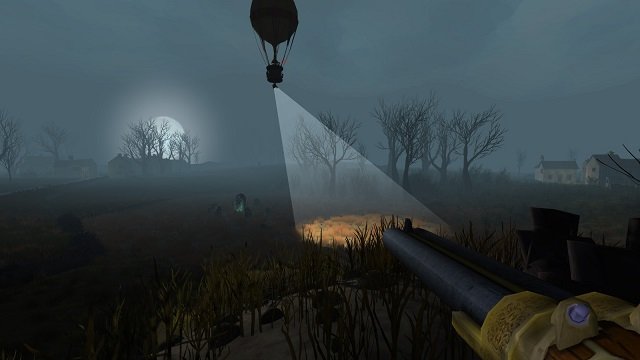 While hunters are generally weak individually they will often roam the landscape or defend key points of interest in groups and are armed with a deadly shotgun that can be looted. Combined with bog creatures that lurk in the water areas, mechanical hounds and trap laying poachers players have lots to contend with. Other unique robot types include the landowner that is designed to continually push players on as is unaffected by player attempts to stealth and the squire who spawns later on to protect village areas and won’t attack the player without being provoked first.

With the focus on not bringing too much attention to yourself you’ll also have to balance scavenging resources which also becomes increasingly difficult as additional robots spawn to hunt you down. With scavenging being your only method to obtain items you’ll carefully want to pick clean houses on the countryside and any killed robots to acquire the vital supplies of weapons, foods, healing items and traps to assist with your journey. 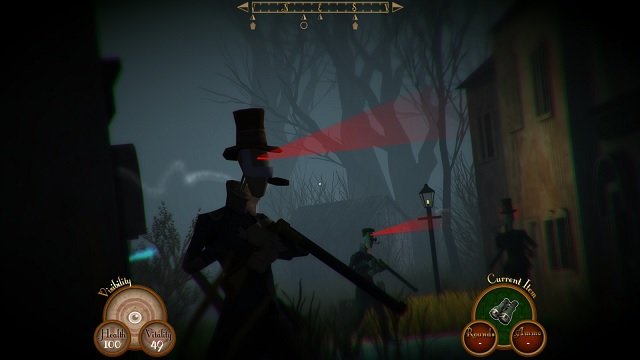 With only a small handful of weapons and associated ammo types Sir, You Are Being Hunted doesn’t turn into a game of inventory Tetris either. These weapons include your trusty melee hatchet, revolver, rifle, shotgun, blunderbuss, traps and dynamite which are all looted from particular robots although are often damaged.

Given the randomly generated worlds though players scavenging luck and key locations can often vary drastically between playthroughs and adds another dynamic layer to the game difficulty. Combined with the quirky presentation and unique setting Sir, You Are Being Hunted continues to offer a worthy adventure after your initial playthrough.

Sir, You Are Being Hunted