Exploring the Wild West with a touch of the supernatural, Six-Guns: Gang Showdown is a freemium free roam title for both iOS and Android mobile devices. With third person shooting, a wide game world, various missions, lots of challenges and a lengthy story to follow along with you’ll be immersed in the game experience that Gameloft has created. 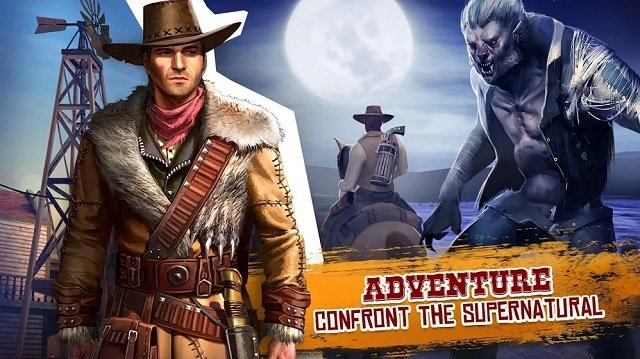 First impressions of Six-Guns: Gang Showdown show off the strong production values of the mobile title and unique story. This story telling that combines the use of voice acting with a comic book style to open up about the dark state of the main hero, a drunken cowboy with an even darker past. Soon after players will be thrown into their tutorial of saving women in distress and pushing back some raiders with a rusty pistol which covers the basics of moving, shooting, horse riding and purchasing items (all of which are fairly standard for the mobile free roam genre).

From a control perspective Six-Guns: Gang Showdown handles quite well and is an important element to any roaming based adventure, especially one confined to mobile devices. This is due in part to the ease of use features such as the quick turn around button, the ability to jump to quests instantly, aim down the sights and call in a horse from anywhere to keep you moving and limit overall game downtime. 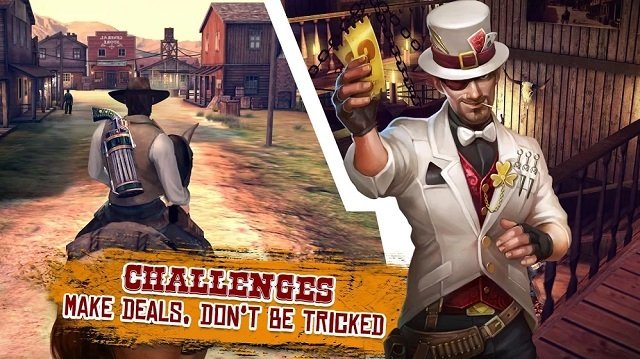 Combat is equally well designed and easy to pick up, while it doesn’t have the depth of a PC title holds its own quite well on the mobile environment which is where Gameloft has significant development experience. Given the underlying simplicity of it though you’ll find it to be more about a numbers game than actual strategy as you complete side missions from hunting down animals, to collecting plants, finding hidden caches of supplies or clearing the local cemetery to invest in new equipment, weapons and associated ammo.

The ability to purchase these at any time also means you won’t be doing any tedious back tracking either as you can purchase new items on the spot or upgrade existing ones. While this definitely doesn’t fit into game immersion it’s a fair trade on a mobile platform to reduce the core game loop. With upgrades for damage, firing rate, reload time and ammo capacity on every gun you always have a gold dump, this also ensures that grinding can help you overcome the need to buy premium weapons, although your sanity will be best preserved by dropping a few dollars into the game. 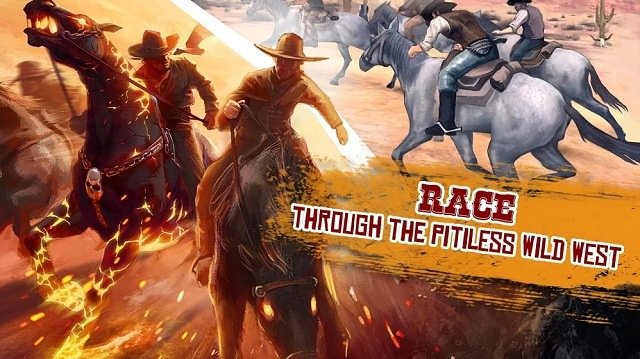 With a story spanning Oregon and Arizona, plenty of side quests to engage in and a reasonably varied world for a mobile title Six-Guns: Gang Showdown has some real enjoyment to be had, especially with the free price tag.

Games Finder is a Steam Curator and featured in the aggregate review scores data of MobyGames and Neoseeker.
FEATURED ON
Games Like Gangstar Vegas, Games Like Grand Theft Auto, Games Like Red Dead Redemption
LEAVE A REPLY Cancel Reply