Sky Break pits players in a world where humanity is on the edge after being ravaged by a virus of world ending proportions. Set on the planet known as Arcania which was once a planet of human colonisation it holds the potential cure, extracting the cure from the now abandoned planet of Arcania though is no easy adventure and the one that players will be thrown into. 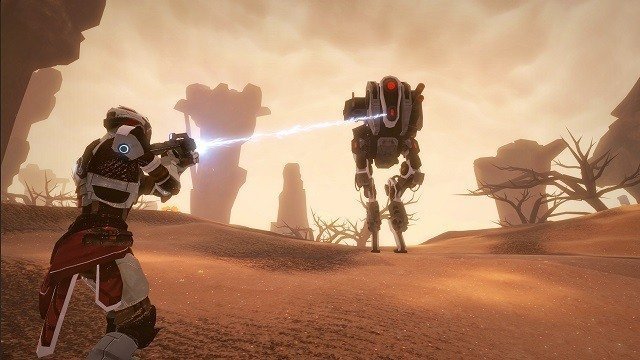 The issue with exploring the lost planet of Arcania is that while it once sustained human life it was long abandoned after the drones that assisted the colony turned on the humans. Now you must return with a group of researchers to save humanity which is further complicated by the crash landing of your ship on arrival. With drones of all sorts hellbent on destroying the new human arrivals your journey is going to rely on turning them back into useful tools.

With the strength of the mechanical robots (or mechas) often far exceeding your own Sky Break encourages players to hack mechas to use for an advantage, it’s a recurring and central mechanic to the gameplay loop that creates a number of diverse strategies and decisions.

Other game mechanics support this playstyle with the likes of fragments that you’ll obtain for kills which allow you to evolve your mecha skills and strengths or expand your own capabilities instead which creates an interesting balance and one that the player can direct towards their preferred playstyle. 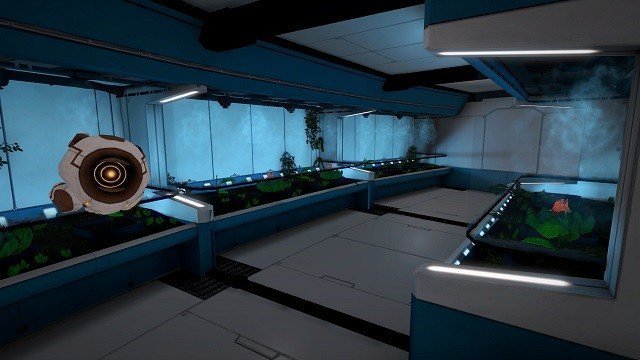 While the robots of the past are deadly the weather is also a major threat with the likes of tornadoes and major lightning strikes constantly wrecking havoc on the game world. In order to rid the surrounding areas from the storm you’ll active lost installations to ionise the air and push back the storm within each area which gives you a consistent next goal to focus towards while also providing that sense of progression as more of the world is freed from the storm’s grasp.

All of this is done from your base of operations, the crashed starship that brought you to the planet originally which provides a number of advantages (such as fast travel to installations) despite it not having enough fuel to leave the planet. Said fast travel is extremely useful in the game context as much of your game is spent gathering resources and using a crafting system for the likes of ammo, health and mecha repairs. 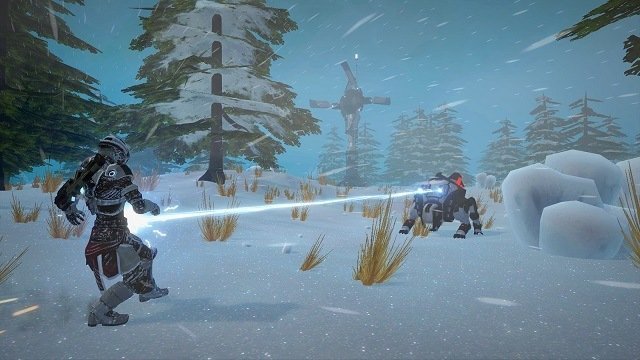 Accordingly there is always something to do in the game to secure your survival be it general exploration, upgrading your latest mecha or simply expanding the safe area through protection of the storm. This small little improvements add up over time to drive your progression forward.

While there is decent variety between these activities Sky Break’s doesn’t reinvent this formula or build on it during the adventure apart from beefing up enemy health. The result is a game that feels similar from hour one to hour twenty as you make your way through the 4 game chapters. Despite the lack of depth Sky Break is still enjoyable as a relaxing title that has an interesting underlying premise.

Games Finder is a Steam Curator and featured in the aggregate review scores data of MobyGames and Neoseeker.
FEATURED ON
Games Like Horizon Zero Dawn, Games Like No Man's Sky
LEAVE A REPLY Cancel Reply