Blurring the lines between fantasy and science fiction is Skyforge, a third person MMORPG that focuses on action, customisation, class swapping, region based servers and the ability to reach a whole new league of hero, a god. Launched in 2015 for Windows Skyforge has since expanded to the console market that feature the same content and regular content cycle.

Venturing around planet Aelion where both ancient secrets and cutting edge technology live side by side players will perform the usual array of quests, trading and more that you would expect to see from a MMORPG adventure. In this world the gods draw power directly from their followers with a powerful protector known as Aeli protecting civilisation for centuries to allow it to thrive. With Aeli now vanished without a trace it falls to the immortals to fend off attacks from dark gods and other physical alien threats. As an immortal yourself you wield great power that society now calls upon to replace their missing god. With a major content release in 2019 unlocking a new planet known as Terra Skyforge is now a multi-planet adventure saga. 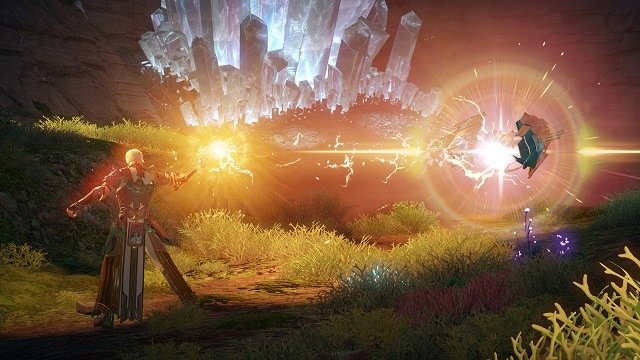 All of these world elements and the diverse cast of alien invaders in Skyforge are supported with superb graphic and sound quality to bring your adventure to life. Whether you’re battling Demons themselves, the mechanical race of Mechanoids, the snake like Gorgonides, the amphibious Oceanids or the plant race of Phytonides all have their own unique designs and challenges.

To combat these Skyforge gives you the choice of 19 classes from 3 base classes that mix together tank, support and damage archetypes players will begin their journey to go from simple character to ultimate god. While you’ll find familiar characters like the Paladin, Archer, Monk and Warlock Skyforge includes a range of niche classes like the Soundweaver, Grovewalker and Outlaw.

To encourage you to try them all and remove the anxiety involved in picking just one class to specialise in Skyforge includes a class switching mechanic that allows you to change between any of these options on a small cooldown although the classes each level separately. While the character comes with plenty of outward visual customisation the behind the scenes depth is also there with a massive customisation tree called the Ascension Atlas allowing you to drive your character into a number of directions and is on a scale comparable to Path of Exile’s massive passive skill tree. This works alongside traditional MMO progression mechanics like equipment and currency to ensure you always feel a sense of advancement. Regardless of the character that you choose in Skyforge combat is fluent and fast with its action style that features no tab targeting, forcing players to rely on their crosshair instead like many of the modern offerings in the MMO space. This combines well with combo style attacks, a great variety of enemies and all sorts of boss enemies for you to experiment with your available skills solo and with friends.

Of course along the way you’ll gain experience to improve your character but unlike other games Skyforge does away with levels and replaces it with the prestige system which acts as the primal indicator for how far you’ve advanced your hero and is affected by several different game components. As this score increases so will your access to the various instances of the game world with new areas and quests from the various NPCs. 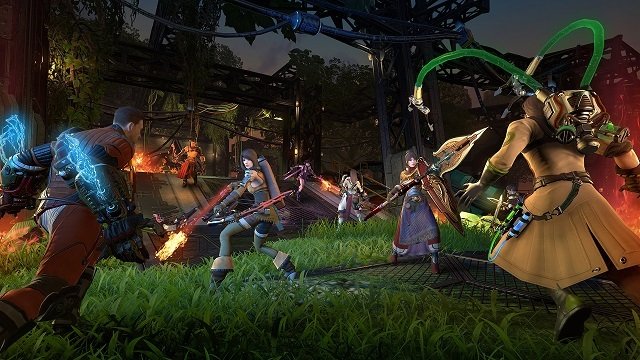 Once you’ve accumulated enough prestige players will get to enjoy the unique Order System that allows you to start building a following of worshippers which in turn give you more power and can even be sent on tasks and ties into the lore of gods in Skyforge. Eventually this prestige level also grants access to a god mode that allows you to tear through the PvE scene as you transform into an almighty deity for several minutes.

Skyforge is clearly an above average MMO adventure by all standard measures and while it’s unorthodox approach to some mechanics will throw you off at first within a few hours you’ll be trapped inside this unique fantasy and sci-fi blend.