Skyrim is the fifth game in the Elder Scrolls franchise and continues building on the success of the previous games with a large open world, sharp gameplay and plenty of customisation. 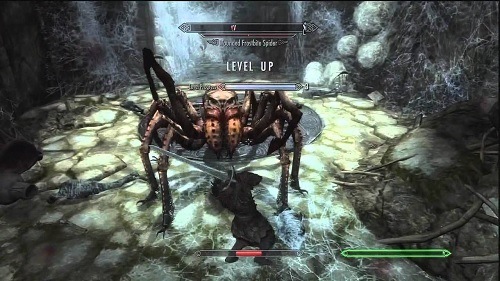 The storyline of Skyrim has very few links to the previous games and mostly uses game references that won’t take away from the experience if you haven’t previously loaded up an Elder Scrolls game. This choice by the developer ensures that newcomers to the franchise don’t feel left out and can experience what Skyrim has to offer on the same level as long time fans.

In Skyrim you take on the role of the Dragonborn who has the ability to absorb the souls of dead dragons. Using this power you are tasked with protecting the world from a prophecy about Alduin (a dragon).

Gameplay in Skyrim is very similar to the previous games in the franchise with the main changes involving combat and the skill systems. Skyrim offers plenty of freedom and character customisation which starts with visual options and your choice of race (each with their own benefits). From here you’ll start earning levels to spend in the various skill categories from pick-pocketing to archery to summoning and much more. 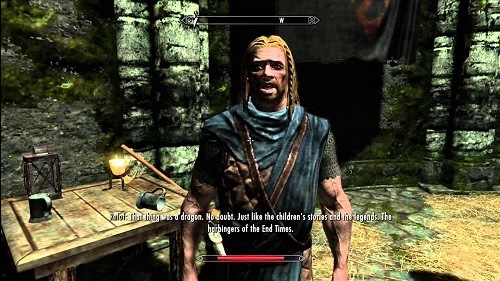 There is a vast world just waiting to be explored in Skyrim with the option to see it in either a first or third person perspective depending on your preference. This world can be explored on foot and on horseback or through the fast travel feature providing you’ve visited the location before. Through exploration you’ll discover some amazing game locations from huge towns to abandoned (or so you think) huts in the middle of nowhere.

It’s hard to find any fault in a game that will let you play it entirely the way you want and packs a level of detail well beyond the standard experience.

This review was first published on July 5, 2014. Read our update policy to learn more.