Employing a similar concept to Agar.io but altering it to create a new arcade style game is Slither.io, a MMO browser/mobile title that offers up fast and competitive snake like gameplay. In a competitive genre such as this one Slither.io ensures it gets most of the fundamental elements correct while also adding a little bit more strategy to the fast-paced snake themed gameplay to set it apart from others in the significantly expanding genre. 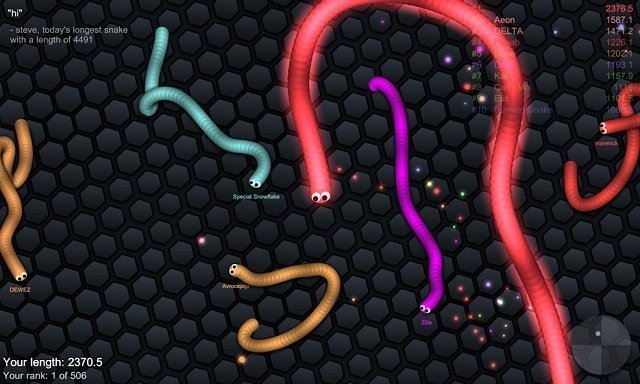 Adopting similar mechanics to the popular Agar.io players focus on controlling their snake inspired avatar with an objective is to grow your size and in turn dominate the game server until you are defeated or decide to log off. In order to do so players must gather small coloured pellets that spawn randomly across the map or eat the pellets of fallen snakes controlled by other players.

Given that other snakes offer the biggest boost to your size it’s a deadly snake eat snake world in Slither.io. Your weapons in this fight are the length of your snake (if you run into the side of another player you’ll disappear and turn into pellets) and a speed boost that can be activated at a moment’s notice at the cost of some size. It’s a fast-paced strategy which requires good awareness of the map, positions of other snakes, sizes of competing snakes and key pellet locations that you’ll either want to claim for yourself or use as a trap. 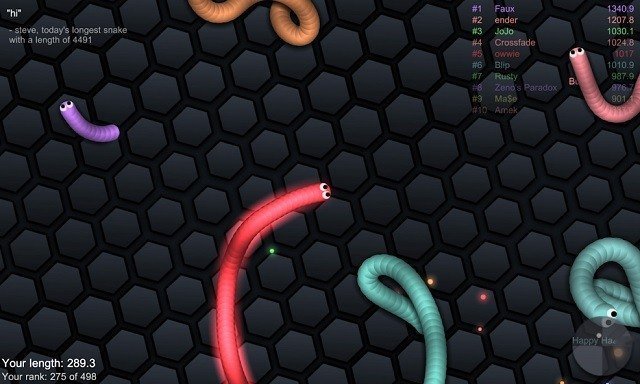 One such popular and obvious tactic is to leverage these mechanics to box other players in and sharply turn in front of them at speed to end their current session. Similar tactical variants are also often encountered with more elaborate setups allowing you to claim all the pellets of your attack for yourself. This design of Slither.io also means that while extra length is definitely an advantage there is nothing stopping a well-placed smaller snake taking out a large one, making it a more fair alternative to Agar.io that doesn’t require significant time investment to be competitive in a single game. At the same time this means that even the larger snakes cannot relax and keeps the gameplay interesting for those at the top of the leaderboard where gameplay can often get quite shallow and dull in other related games.

Servers in Slither.io usually have around the high hundreds and sometimes topping out in the thousands during peak hours although that will depend on your timezone and the peaks and troughs of popularity that these sort of games go through over their lifecycle. To help you understand how you fit into the current game Slither.io displays a useful leaderboard and your current rank amongst players. 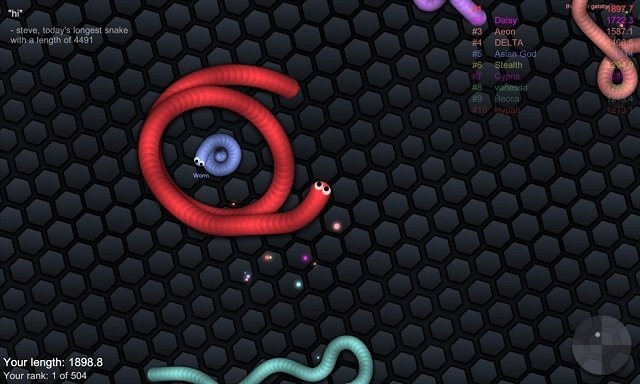 While longer term statistics are few and far between Slither.io does include a number of skin variations that give you a sense of personalisation amongst the backdrop of hundreds of other snacks fighting for whatever pellets they can obtain.

Games Finder is a Steam Curator and featured in the aggregate review scores data of MobyGames and Neoseeker.
FEATURED ON
Games Like Agar.io
LEAVE A REPLY Cancel Reply