For the fourth time players can venture into the world of Sly Cooper with Sly Cooper: Thieves in Time. The game continues on the stealth and platform roots developed by previous games in the franchise. 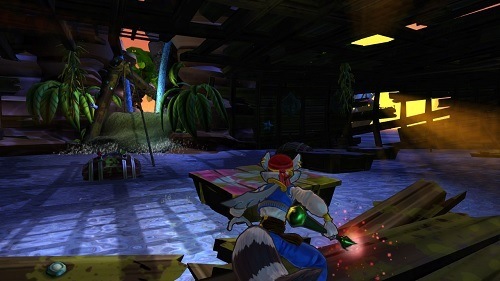 For those unfamiliar with the game setting players will be assuming the role of Sly Cooper as they explore a world inhabited by anthropomorphic animals. Sly himself is a racoon who belongs to a very long and prestigious line of thieves, after a villain tampers with the family history book players assume the role of Sly and some of his ancestors in an attempt to return the book (Thievius Raccoonus) to its original state.

As a stealth based game players will focus on quietly moving around the game world and sneaking past various obstacles. Most of your abilities from previous games return but players can also expect a number of new features to give the game a fresh feel.

For most of your adventure players will control Sly but other familiar characters appear including Murray, Carmelita Fox and Bently which each have their own play style thanks to the unique abilities that they possess. 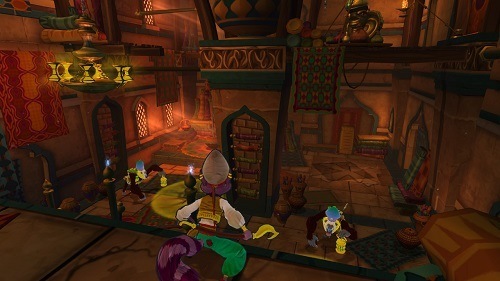 The most notable addition to the core game is the costume system which players slowly unlock throughout the game. These costumes are more than cosmetic though and let the player gain access to plenty of new abilities that can either enhance a style of play or be required to pass a certain area. In a move borrowed from the Zelda series players can take costumes back to early levels to unlock various secrets and treasures.

Sly Cooper: Thieves In Time was definitely created with long term fans in mind and they’ll really love the direction that the series has taken in this game. Newcomers will also find a fun blend of platforming and stealth but won’t reach the same level of appreciation.

Games Finder is a Steam Curator and featured in the aggregate review scores data of MobyGames and Neoseeker.
FEATURED ON
Games Like Assassin's Creed, Games Like Thief
LEAVE A REPLY Cancel Reply