Smeet is a great social experience that was originally launched as a browser based game that still manages to deliver nice 3D graphics. The game launched back in 2007 in Germany and has slowly expanded into other regions, now covering multiple languages and eventually transitioned to a Windows and Mac client with the retirement of Adobe Flash. 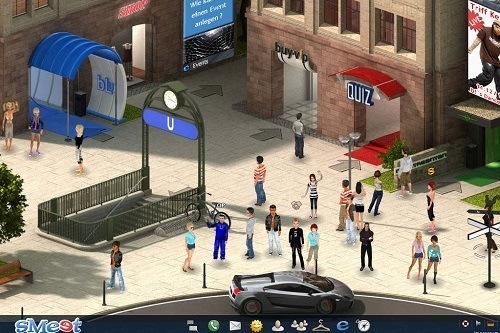 The game is very similar to other games in the genre combining features that casual gamers will enjoy with the social aspects of highly social based experiences. Smeet will open up a whole new world to players and encourages you to use it as a place to meet new people.

The core system of success and growth for Smeet is in its vast accessibility. The original ability to play such a detailed game in your browser instantly set it apart from competitors that often require a client although this is no longer the case. The game can also be played on other websites that have chosen to embed the game code. Since Smeet uses Flash though you won’t be able to access it on your mobile device.

A unique feature in Smeet is that after registering your free account you’ll be placed in a virtual world based on your age which splits up older and younger players. Not only is this a great safety feature it also means you are more likely to discover people with similar interests. 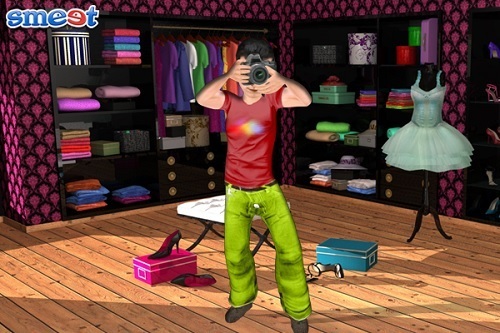 Players of Smeet will find themselves splitting their time between chatting and playing mini games which have great variety with almost all games having multiplayer support for co-operative or competitive gameplay. Playing games generates Fame Points which increase the level of your avatar which is used to unlock additional content and boost your social status in the game.

On top of the stand features that Smeet offers players can also raise their own pets or grow their own virtual 3D garden. Fans of the social gaming genre will enjoy what Smeet has to offer and is definitely the better options for those seeking a 3D social experience.

This review was first published on February 15, 2014. Read our update policy to learn more.