Smite (SMITE) introduces the third person perspective into the MOBA genre as opposed to the isometric (top-down) views of most other games in the genre. 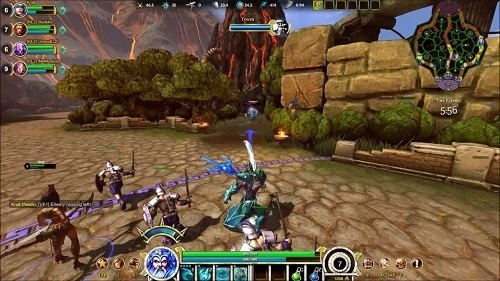 The game is free to play and available for Windows operating systems with the player taking control of a single god (from a large collection) and using their unique abilities to defeat the enemy team.

Smite has stuck to the popular MOBA formula very closely and features everything you would expect from 5v5 combat, lanes, minions, a jungle area, map bosses and more. The collection of gods available in Smite is constantly being expanded with inspiration drawn from mythology of various civilisations including Greek, Roman, Egyptian, Norse and Chinese.

Each of these gods possess four different spells and also have a basic attack available to them which is relied on heavily during the early game to push lanes and kill opposing minions until the players spells and equipment gains significant power. Power is increased by purchasing equipment with gold or levelling up. The maximum level of Smite is slightly higher than other games and sits at level 20.

A large attraction to the game is the number of game modes that are available in Smite which is well ahead of most other games. In particular the game has a great novice game mode that helps guide newer players without overwhelming them. Other game modes include the 1v1 jousting mode, the random god selection mode known as assault and domination which contains control point based gameplay. 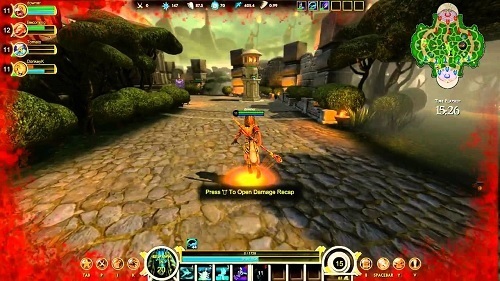 Gems are the premium currency of Smite which can be used to help players unlock gods sooner but like most free games supported with micro-transactions there is definitely no need to commit money. Smite also offers an ‘Ultimate God Pack’ to unlock all gods (present and future).

Smite offers a very similar experience to League of Legends that drew a lot of hype upon its first game announcements. The game continues to expand with constant updates and new gods which are helping it grow to one of the top MOBA experiences.

This review was first published on October 1, 2014. Read our update policy to learn more.

Games Finder is a Steam Curator and featured in the aggregate review scores data of MobyGames and Neoseeker.
FEATURED ON
Games Like Dota, Games Like League of Legends
3 COMMENTS
LEAVE A REPLY Cancel Reply