Bringing the mixture of soccer and card to mobile devices is SoccerRally 2 World Championship a title solely for iOS devices that has you entering tournaments, completing challenges and competing against others. For those that want to explore other car based sports SoccerRally 2 World Championship also includes options to change the ball to a Tennis ball, Hockey Puck and even the casual beach ball. 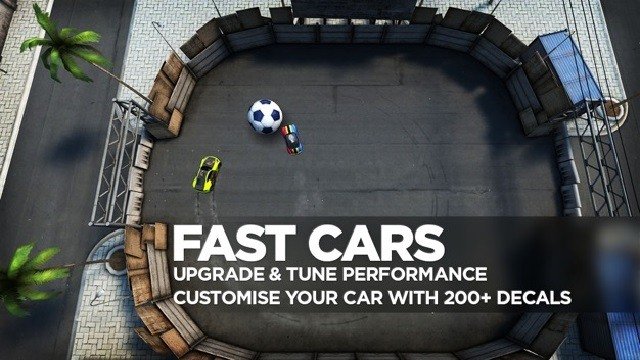 Your first steps in SoccerRally 2 World Championship will guide you through the basic game controls with tutorial missions around controlling your car and guiding soccer balls into the goal area for points. Control options come in two forms with the option to use a rotatable wheel or basic arrows for direction instead which are then combined with a brake and acceleration pedal at the bottom of the game screen. Each of these works adequately to give you great control over your vehicle albeit it does feel awkward on the smaller iOS devices.

After passing said tutorials you’ll get to pick your own car from a starting collection that have their own stats (top speed, acceleration, weight). All in all there are 9 possible cars which can be further customised to meet your needs and improve your performance. It’s a nice touch and while it does create some imbalances in multiplayer environments it provides a much needed sense of progression to the core experience. In addition visual customisation through hundreds of decals gives you a resemblance of customisation. 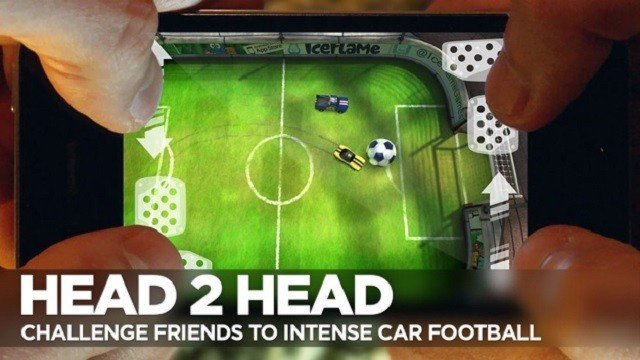 The staple of SoccerRally 2 World Championship is really within the tournaments which feature different ways to win while also mixing up the soccer ball to the previous mentioned alternative. In these you’ll face off against AI controlled cars for coins to upgrade your vehicle and thus reach higher tournaments. With 28 in total of slowly increasing challenges the single player offering for SoccerRally 2 World Championship ensures it isn’t reliant on a multiplayer community for content.

If you need a quick boost to your coin funds though you can try the academy instead where challenges will test your vehicle and your control over it with various mini games. These extra mini games also double as a way to hone your skills for the fundamental tournament experience. This includes things like multiball, time trials and cannon defence that has you playing the all important goalie role instead. 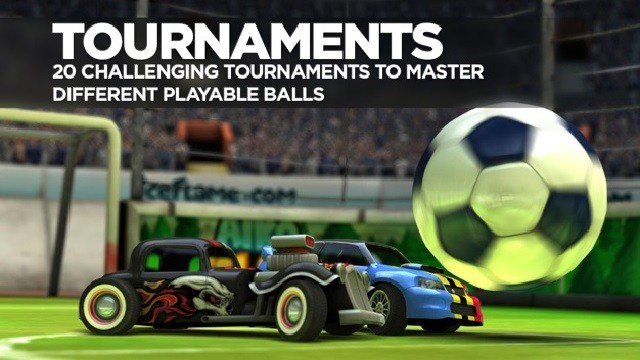 Beyond the above mentioned tournament career options SoccerRally 2 World Championship does also have multiplayer on a local single device available which makes it only practical to play with friends on the larger devices such as an iPad.